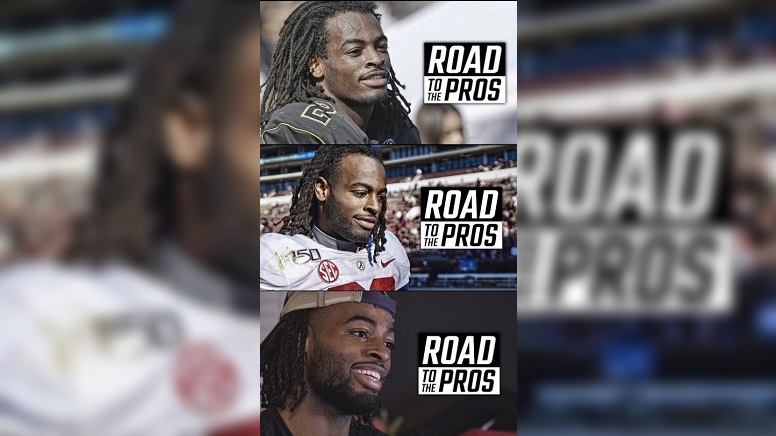 The Pittsburgh Steelers selected Alabama running back Najee Harris with the 24th overall pick in the first round of the 2021 NFL Draft Thursday night. He now figures to be the team’s main ball carrier for the next several years. Like most young professional athletes these days, Harris also figures to be busy on social media now that he’s at the next level.

Prior to the draft, Harris allowed his path from college to the NFL be documented by AL.com, who spent a few March days in San Francisco, CA embedding with the running back as he went from training to rehab on an injured ankle to charitable work that characterized his four years in Tuscaloosa with the University of Alabama.

The two-plus hour interview by AL.com includes Harris having a frank conversation about his childhood, a challenging/occasionally tumultuous career in Nick Saban’s Alabama program, and a social justice movement that brought a locker room together in a way Harris had never experienced.

The “Road to the Pros” documentary on Harris has three segments. They are included below for you to watch.