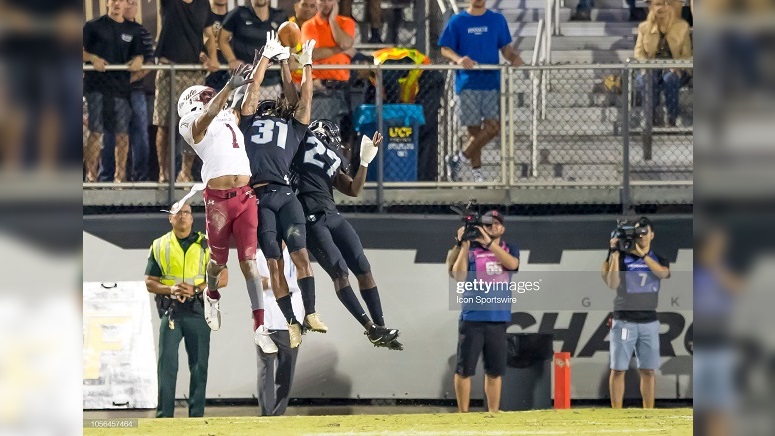 The annual UCF pro day took place on Thursday and the Pittsburgh Steelers had at least one person there to see the draft hopeful players go through the paces. This year, the UCF main attractions included safety Richie Grant, wide receiver Tre Nixon, and cornerback Aaron Robinson and the Steelers reportedly had senior scout Rick Reiprish present on Thursday, according to Alex Kozora.

Both Robinson and Grant tested well on Thursday as the numbers show below. They both admitted to having contact with the Steelers during the pre-draft process as well during their post-pro-day media sessions.

“I’ve definitely been in contact with those guys,” Robinson said of contact he’s had so far this offseason with the Steelers.

Robinson, whop played the last three seasons at UCF after playing one year at Alabama in 2016, regiistrtred103 total tackles, 6.5 tackles for loss, 16 passes defensed and one interception during his college career that included 30 total game appearances. He also forced two fumbles as well and recovered a fumble.

As for Grant, who registered 290 total tackles to go along with 10 interceptions, 17 passes defensed, five forced fumbles, four fumble recoveries and a sack during his four seasons at UCF, he has been in high demand this offseason as well.

“I’ve talked to multiple coaches, multiple staffs, really, all of them, I think,” Grant said after his Thursday pro day.