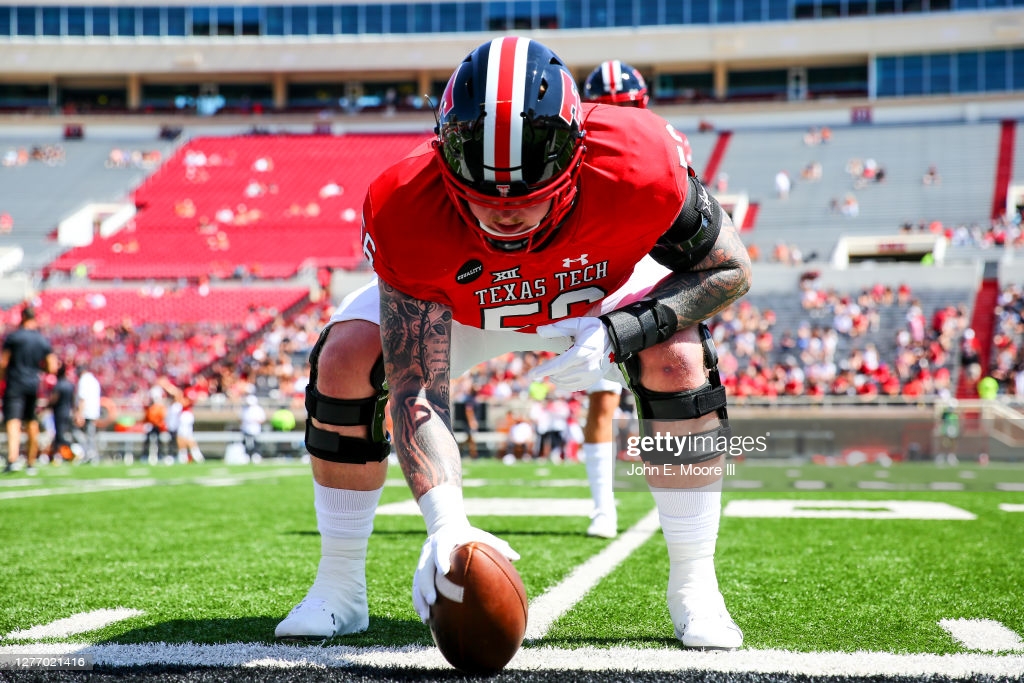 Texas Tech offensive guard/center Jack Anderson said he’s met and talked to the Pittsburgh Steelers several times throughout the pre-draft process. Speaking after his Red Raiders’ Pro Day, Anderson said he’s talked with the team at the Senior Bowl and in Zoom calls.

“I’ve met with the Steelers in person at the Senior Bowl and I think one or two zoom calls so far with them,” Anderson said.

Anderson was a four-year starter at Texas Tech, though he missed most of his 2019 true junior season due to a shoulder injury. He spent his whole college career at right guard, but said teams have been looking at him as a center, too. Anderson said his best traits were his strength and tenacity. He put up 27 reps on the bench press today.

According to NFL Mock Draft Database, he’s viewed a mid-Day Three pick, likely selected somewhere in the fifth round. Pittsburgh’s always looking for versatile offensive linemen, and Anderson could be a Day 3 option for his guard and possible center versatility.

He said he’s been training with offensive line guru Duke Manyweather since 2018 to pick his brain and get better as a player.

“I started working with Duke in 2018 when I was still here at Tech. One of the summers, I just went down, back home to Dallas for a few weeks. So it really worked out nice that he lives in Dallas and trains out of there. That’s where I’m from. So that was cool. I paid out of my own pocket to go work and work out with him. The main thing with him is balance and core strength and just putting everything together as far as hands, feet, you know, fluidness at the position.”

We hope to have a draft profile on Anderson before the draft later this month.