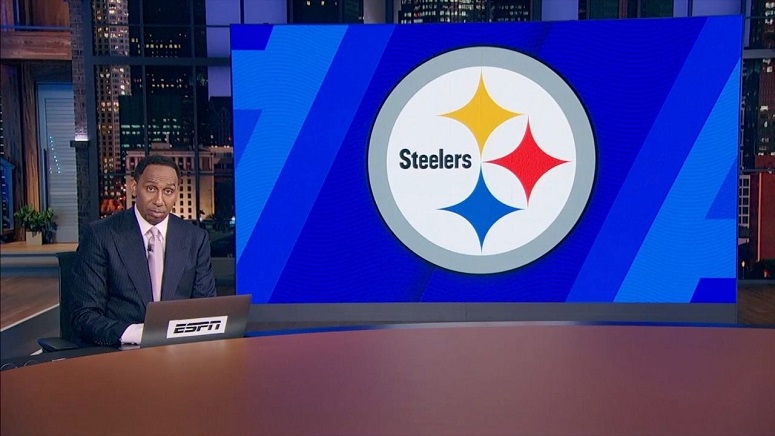 Oddsmakers for William Hill opened the Pittsburgh Steelers’ 2021 win total at nine last week. Most fans of the team believe that number is too low, and thus believe there is easy money to be made by betting the over right now. Stephen A. Smith of ESPN is one of those fans that believes that, and he said as much in a recent video segment.

“My Pittsburgh Steelers are set at just nine wins,” Smith said. “Nine wins for a team that went 12-4 just last year. How are they going to win three fewer games while playing one extra game? Huh? Can somebody tell me that please? I know my Steelers struggled down the stretch last year. I remember, but how was the team that had the third ranked defense in the National Football League last year going to go 9-8? A Defense with T.J. Watt and Cam Heyward and Minkah Fitzpatrick. A defense getting Devin Bush back. All in their prime by the way. How is that team only winning nine out of 17 games?”

Smith goes on to say that what the Steelers have on offense with quarterback Ben Roethlisberger coming back for an 18th season along with the group of receivers the team will have back in 2021 are more reasons why setting their over/under win total at nine is foolish.

“And don’t forget future Hall of Famer Ben Roethlisberger,” Smith said. “People kicking dirt on the man’s career. Still threw 33 touchdowns last year coming off a reconstructed elbow. He still has one of the best receiver corps in the National Football League. I just saw Chase Claypool the other day chilling at a restaurant and that kid is a specimen. And you know the Steelers are going to get a good running back in the draft too. You know that’s coming. You know that’s coming, right? And don’t forget Mike Tomlin, one of the best coaches in the league running the operation.”

To close out his segment, Smith essentially said that the sportsbooks are going to lose money on the Steelers in 2021, just like they did in 2020.

“Nine wins? Nine wins? Give me a damn break,” Smith said. “Underestimate us all you want, but Steeler Nation is gonna make a whole lot of money on nine wins. Just like last year when the Steelers were only projected to win nine and a half wins. I’ve never seen anybody win a half of anything, but nine and a half wins. Sportsbooks are going to lose a lot of money on my Steelers again.”

We’ll certainly see if Smith is right, and it is quite tempting to jump on the over of nine wins this early and before the draft takes place.

Stephen A. is fired up about Vegas' win total for the #Steelers https://t.co/8pqLcHJ8MB