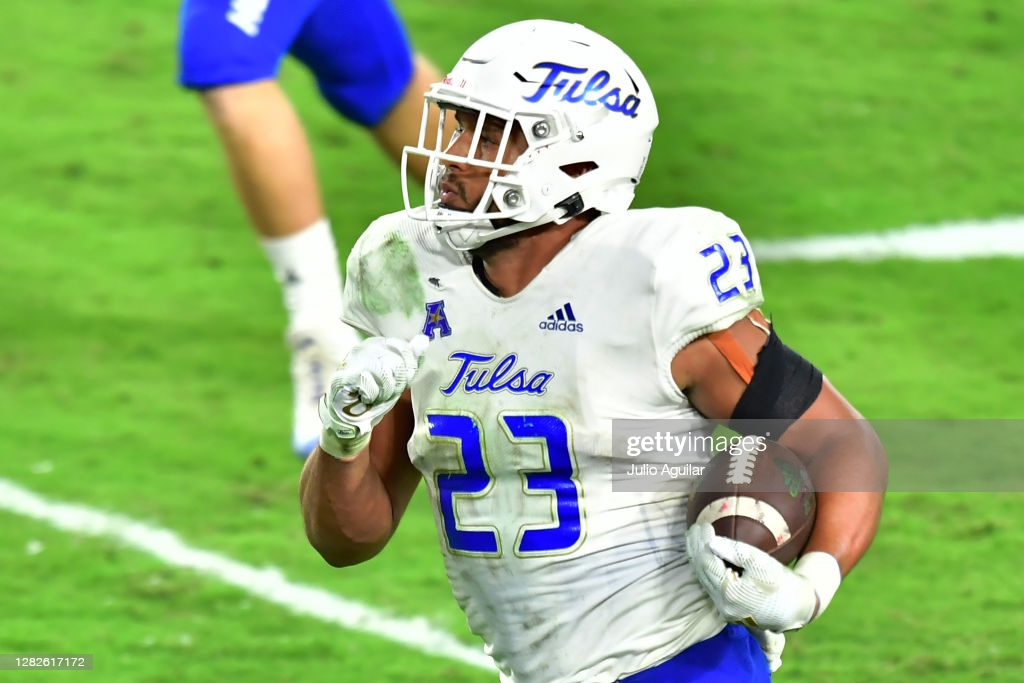 If the Pittsburgh Steelers are seriously considering drafting Tulsa LB Zaven Collins in the first round of this month’s draft, they’re doing their best to hide it. Mike Tomlin nor Kevin Colbert made the trip to Tulsa for Collins’ Friday Pro Day. Nor did DC Keith Butler or even LBs Coach Jerry Olsavsky.

Collins, to his credit, had an excellent workout. Weighing in at 6’4, 260 pounds, he put up some great numbers for a man of his rare size.

He was right around 6-feet-4-inches and 260 pounds coming into pro day.

That 40 time is expected to be “officially” announced somewhere in the low 4.6 range. He tested very similar to Lawrence Timmons though of course is much taller and heavier than Timmons was coming out of Florida State. Timmons was Mike Tomlin’s first ever draft pick, selected 15th overall in 2007.

Similar style/use. Collins, of course, has about three inches and 30 pounds on him. https://t.co/OuBBv6LhIp

From small-town kid to potential first-round pick 📈@TulsaFootball LB @ZavenCollins joined @jeffrichadiha to talk about what his roots mean to him as he chases his NFL dream 👇 pic.twitter.com/OawLdda3On

In a press conference yesterday, Collins confirmed he’s virtually met with the entire Steelers’ coaching staff and loved getting to talk to Mike Tomlin. But the other indicators aren’t there when it comes to the history of Pittsburgh first round picks.

For starters, Collins doesn’t play in a Power 5 conference. The last time Pittsburgh took a non Power 5 player in the first or second round was 2004 when the team drafted Ben Roethlisberger and Ricardo Colclough back-to-back. And the Steelers haven’t taken a first round player without Mike Tomlin and/or Kevin Colbert at their Pro Day since at least 2009 with Ziggy Hood. So there’s a lot working against Collins here, even if he would be a strong fit in the Steelers’ scheme.

Check out our scouting report on Collins at the link here.