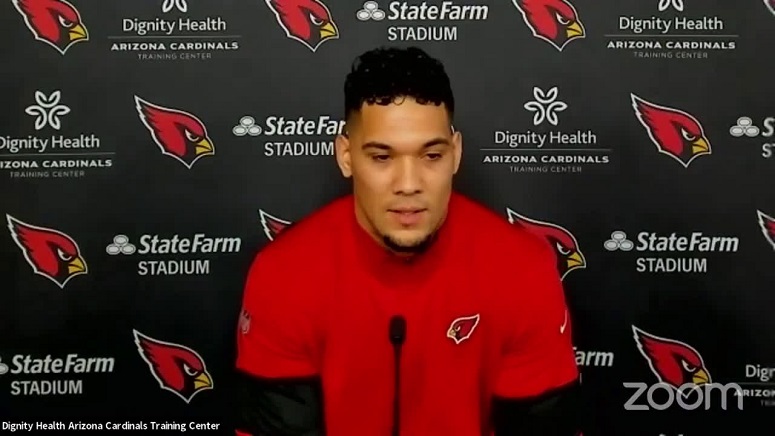 The Pittsburgh Steelers lost another unrestricted free agent to a different team on Tuesday as running back James Conner, the team’s third-round selection in the 2017 NFL Draft, signed a one-year contract with the Arizona Cardinals. The financial details of that one-year deal that Conner signed with the Cardinals have now been reported and it shows that the Steelers are unlikely to benefit from losing their former starting running back when it comes to the compensatory draft pick formula.

Correction on compensation: James Conner’s deal is for $1.75 million. It is comprised of a $500k signing bonus and a $1.25 million fully-guaranteed salary. $1.75 million in all.

According to Adam Schefter of ESPN on Tuesday, Conner’s one-year contract that he signed with the Cardinals totals out at $1.75 million and includes a signing bonus of $500,000. While the entire one-year deal is reportedly fully guaranteed, it doesn’t look like it will register high enough on the compensatory draft pick value chart to qualify as either a free agent loss for the Steelers, or a gain for the Cardinals as per the new CBA.

11. Notwithstanding anything to the contrary in Article 6 or this Appendix, a UFA who signs a one-year NFL Player Contract that provides for a maximum of $1.75 million shall not be a CFA (an “Excluded UFA”); provided, however, the signing Club must notify the NFL Management Council upon execution of such Player Contract that the player is being designated as an Excluded UFA pursuant to Article 6 and Appendix V of the CBA, which designation cannot be modified or withdrawn by the Club. The above stated maximum ($1.75 million) shall apply to the 2020 and 2021 League Years and thereafter shall increase by $20,000 on a bi-annual basis (e.g., the maximum during the 2022- 2023 League Years shall be $1.77 million). The one-year contract of an Excluded UFA cannot be renegotiated or extended until after the Club’s final game.

So, there you go in black and white. It’s no mistake that Conner’s contract came in right at $1.75 million and I would imagine that the Cardinals designated Conner as an Excluded UFA.

As things stand right now, the Steelers are projected to receive two compensatory draft picks in 2022. One being a third-round selection for the loss of outside linebacker Bud Dupree to the Tennie Titans and the other being a fifth-round secretion for the loss of offensive lineman Matt Feiler to the Los Angeles Chargers. The Steelers loss of cornerback Mike Hilton to the Cincinnati Bengals is expected to be cancelled out by the team’s signing of offensive lineman Joe Haeg, according to Over the Cap.