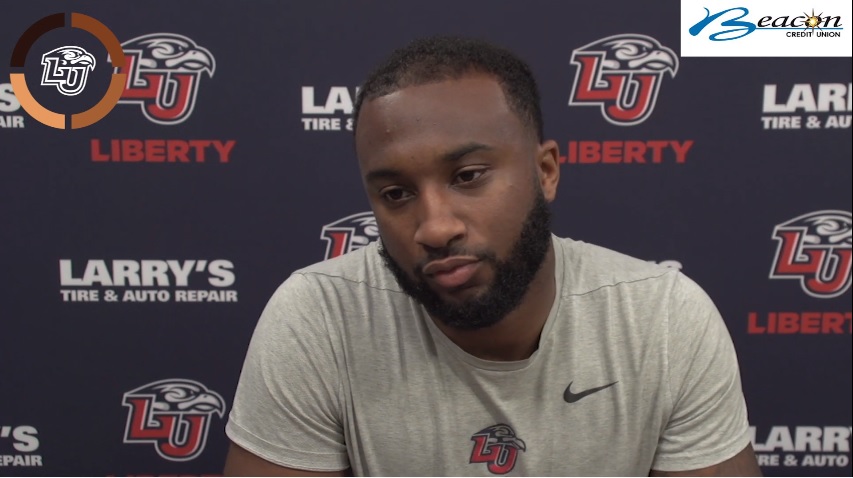 I know the phrasing of that headline sounds something out of Close Encounters of the Third Kind but according to a tweet-report by Draft Network’s Justin Melo, the Pittsburgh Steelers have had communication with Liberty linebacker Anthony Butler.

Butler has met virtually with the #Cowboys, #Raiders and #Bengals. The #Packers, #Ravens, #49ers, #Giants, #Chiefs, #Steelers and #Colts have also made contact.

Butler is a potential small-school sleeper who put up solid numbers in 2020. Listed at 6’1, 230, he transferred to Liberty from Charlotte for the 2020 season. With the 49ers, he made 16 starts, recording 146 tackles (10.5 for a loss) and 3.5 sacks. Butler, of course, was teammates with Alex Highsmith, drafted in the third round by the Steelers last season.

Despite being a small-school, Liberty is a FBS team and had a great 2020 season. They finished the year 10-1, beating the likes of Western Kentucky, Syracuse, and Virginia Tech while losing to NC State by one point. The Flames cracked the Top 25 and ended the season win an overtime bowl win over Coastal Carolina. Former Steelers’ tight end Eric Green was from Liberty, selected in the first round of the 1990 draft.

According to Draft Scout, at his Pro Day, he ran a 4.88 40 with a 29.5 inch vertical, 9’2″ broad, and 7.46 three cone. Below average athletic testing that would suggest his ceiling is limited. But he may be able to find a home as a special teamer in the league.

Butler is, at best, a late Day Three draft pick and it’s reasonable to believe he’ll be undrafted given his lack of size, speed, and small-school bio. The Steelers should have about nine or ten roster spots open for UDFAs after the draft which is probably his best shot to latching on with the team.