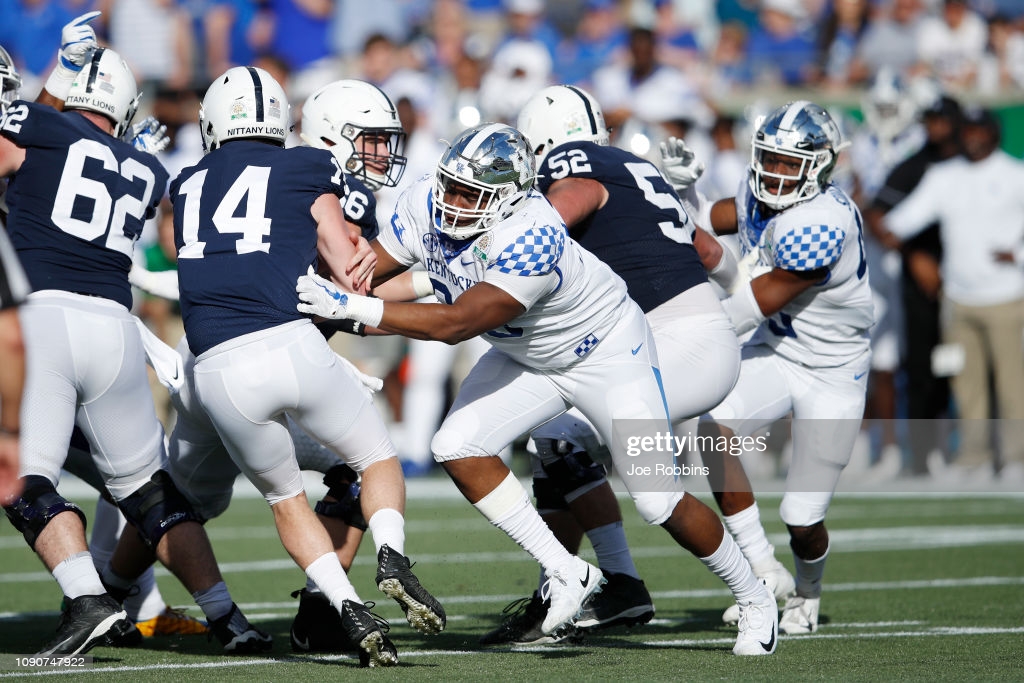 The Pittsburgh Steelers have added to their offseason 90 man roster, signing DL T.J. Carter, according to the team on Friday.

Carter, part of the 2020 draft class, was recently allowed to work out at Kentucky’s 2021 Pro Day. Listed at 6’4, 289, he reportedly had 26 reps on the bench press, and his 40 time was under five seconds. The Steelers had at least one personnel member attend his workout: Special teams coordinator Danny Smith.

The Arizona Cardinals signed Carter after the 2020 draft, but cut him a week into training camp.

“Going into camp, I got cut my first week there,” Carter said in a recent interview, transcribed by Kentucky Sports Radio. “They cut down the roster size by 10 people because if they didn’t, then they’d have to work out with two separate groups. That definitely was crazy. I didn’t even believe it when they told me. I thought it was a joke or something.”

COVID rules compelled teams to trim their rosters from 90 to 80 before formally practicing. Most teams, including the Cardinals and Steelers, went that route.

Carter will look to add depth to the Steelers’ defensive line. The room remains crowded following Chris Wormley’s re-signing and Tyson Alualu’s change of heart. There’s also sophomore Carlos Davis, Isaiah Buggs, and Henry Mondeaux. Carter’s best path right now is making the practice squad. But his first goal is getting through his first training camp, since his time with Arizona was so short.