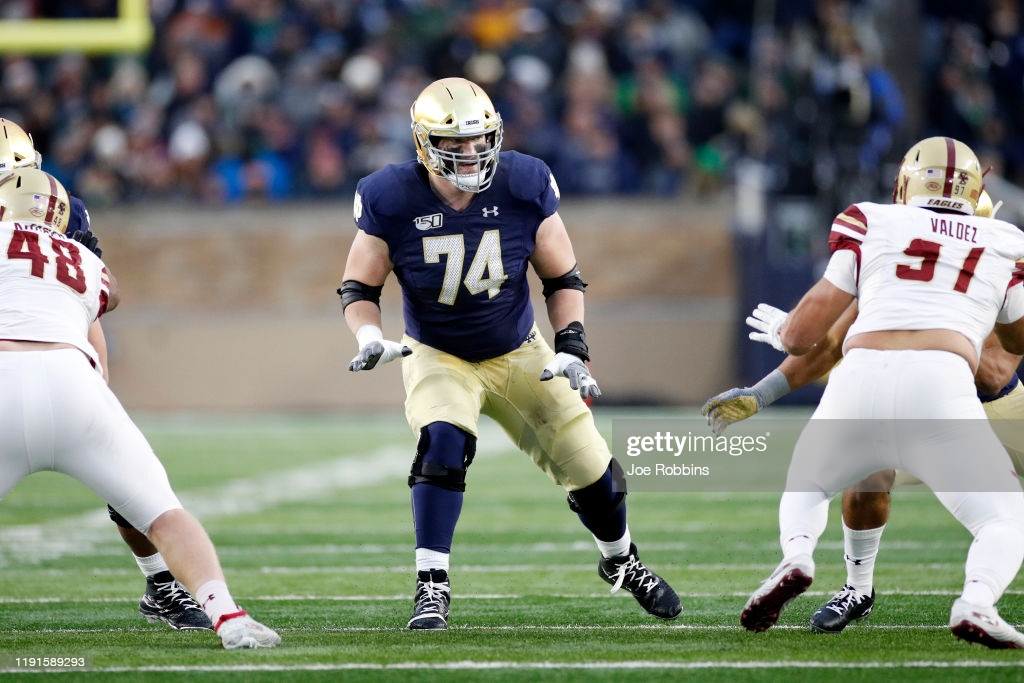 In a thorough, seven-round mock draft conducted by CBS’ Ryan Wilson, his plan for the Pittsburgh Steelers is clear. Offense, offense, offense. He has the team addressing the position with their first round picks including big investments in beefing up the run game.

At #24 in his mock, Wilson has the team selecting Clemson RB Travis Etienne. In explaining the pick, he writes:

“The Steelers need to recommit to the run game and Etienne has the dynamism to make that happen. The team has a ton of other needs, too, including offensive line, edge rusher and cornerback.”

There’s no question the Steelers need to invest in the run game. It’s a matter of what comes first. Though offensive line is a big need, especially at center, there’s a better chance those interior linemen get pushed down than the top running backs in this class. Etienne is neck-and-neck with Najee Harris for the top running back in the class. But Wilson has the Steelers taking Etienne over Harris. Harris was the third back selected in his mock draft, taken 36th overall by Miami. North Carolina’s Javonte Williams went 34th to the New York Jets.

In the second round and third rounds, he has the team focusing on the offensive line by taking OT Liam Eichenberg at #55 and C Josh Myers at #87. Eichenberg was a 37-game starter at left tackle for the Fighting Irish though some, including his head coach, project him to right tackle in the NFL. Myers has center/guard capability but in Pittsburgh, would be a center, another physical run blocker who could start Day One over B.J. Finney.

Pittsburgh adds another skill position in Round 4 with North Texas WR Jaelon Darden. Darden is looking to become the first North Texas player drafted since LB Cody Spencer in 2004 and its highest pick since Kim Phillips in 1989. The school has produced undrafted NFL talent like RB Jeff Wilson and LBs Zach Orr and Craig Robertson. A certain franchise-defining player in Joe Greene also hails from North Texas.

Darden found the end zone a whopping 38 times in college including 31 trips over his final two seasons. He was a big play machine in 2020, averaging over 16 yards per catch while also getting work as a punter returner throughout his college career. Undersized at 5075, 174 pounds, he ran a 4.46 and jumped 35.5 inches at his Pro Day. His most impressive workout numbers were his agility times – 4.10 short shuttle and 6.67 three cone.

The Steelers finally attack defense with their second 4th round selection, drafting Syracuse DB Trill Williams. Williams, who left school as a junior, had four career interceptions, though his 2020 pick came via lateral versus Georgia Tech. He also had this incredible takeaway against Wake Forest, ripping the ball out of the receiver’s hands and returning it the other way for the score.

Williams ran a 4.59 at his Pro Day, probably making him more of a safety than corner in the NFL. He could also play in the slot which is where he began his Orange career.

In Round Six, Wilson mocks the Steelers Notre Dame EDGE Daelin Hayes. Hayes is a great member of the community and regarded as a leader on that Fighting Irish defense but his history of shoulder injuries that hindered production drops him to late Day Three. A five-star prospect coming out of high school, he finished his ND career with only nine sacks, never registering more than three in a season.

Finally, in Round Seven, he has Pittsburgh taking LSU WR Racey McMath and BYU TE Matt Bushman. McMath is a Z type receiver at 6024, 211 who ran exceptionally well at his Pro Day, turning in a 4.39 with a 34 inch vertical. Crowded behind some talented LSU receivers, his production was light, catching just 31 passes the last two years. With the team already drafting Darden, McMath would probably spend his rookie year on the practice squad. Bushman is an older tight end prospect coming off a torn Achilles, which isn’t great for a 7th round flier, but his tape when healthy is impressive as a combative catcher able to split out wide and win 1v1.

Overall, it’s not a terrible mock draft for the Steelers in terms of filling positional need. Wilson probably could’ve swapped out Darden for an EDGE rusher but this does address the need to upgrade the offensive line and run game, no doubt the focal point of the Steelers’ draft.

Again, check out his full mock draft by clicking the link here.