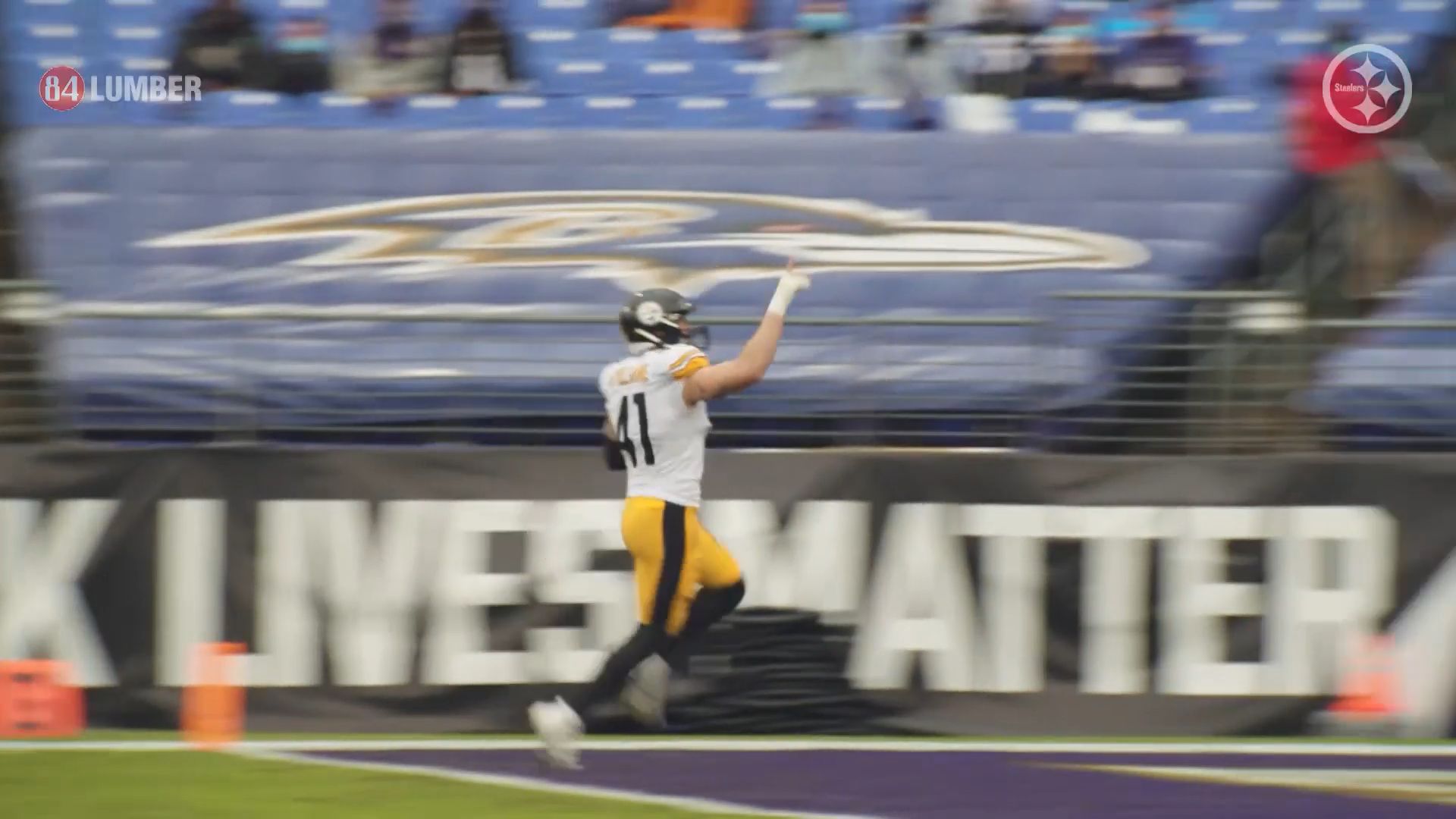 Robert Spillane entered the 2019 season as a practice squad player for the Pittsburgh Steelers. A year later, he was the team’s top backup inside linebacker. Although not due entirely to his own performance, it seems likely barring future additions that he will enter the 2021 season as a starter, alongside third-year Devin Bush, in the middle of that defense.

This comes following a fairly successful stint last season as a starter, during which he replaced Bush in the lineup after he suffered a torn ACL. Spillane ultimately started seven games in the regular season, during which time he totaled 38 tackles, including three for loss, with two sacks, a fumble recovery, a pick six, and four passes defensed.

During a recent interview with Missi Matthews for the team’s website, he was asked what he learned about himself as a player during that opportunity to be on the field last year, his first extensive playing time of his career.

“I think, moreso, other people learned what I could do”, the former Western Michigan undrafted free agent said. “I’ve always trusted my abilities and instincts, and I knew when I was given an opportunity that I would be able to produce. I think that was more about proving people that didn’t believe in me wrong, and I hope to continue to do that next season”.

Under normal circumstances, Spillane wouldn’t be the next man up, of course. Vince Williams would be returning to start for the fourth time in five seasons. But due to the salary cap crunch, the Steelers decided to let the eight-year veteran go, based on the cap savings and the availability of an alternative like Spillane behind him.

Of course, things could still change between now and the start of the regular season. If they end up drafting an inside linebacker, which is far from unlikely, it’s possible that he is given the opportunity to compete for the starting job.

It’s also not impossible that the Steelers bring in a free agent from the outside. Could it even be Williams? If he lingers as a free agent without a market developing and decides that he’d rather come back to Pittsburgh for a minimum salary rather than not play at all, I can’t see anything to speak against such a reunion.

But credit to where it is due as far as Spillane is concerned, because he did come in and play well when expectations are nil. I doubt that many expected to get much out of a guy who looked likely to have a ceiling of a quality special teams player without having had the opportunity to get on the field more.