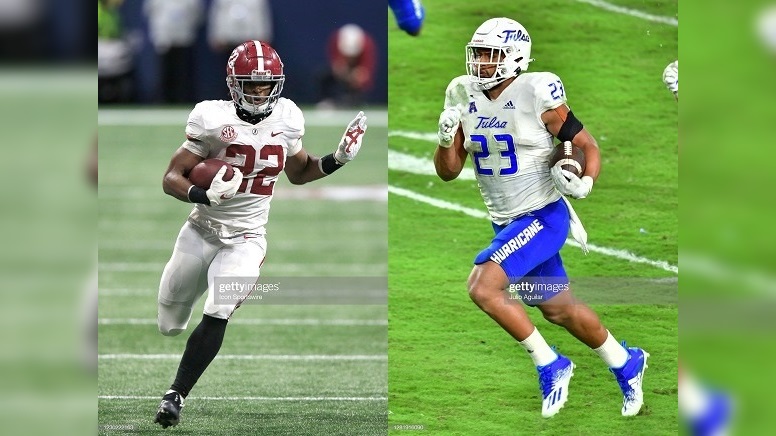 We are now almost 24 hours away from the start of the 2021 NFL draft in Cleveland. When it comes to the Pittsburgh Steelers’ first round selection they are currently scheduled to make at 24th overall, Pro Football Talk believes they know who the pick will be if one of two players are still on the board.

“A source with knowledge of the dynamics driving the 2021 draft tells PFT that the Steelers are expected to take Harris or Collins, if either is there,” Mike Florio wrote Wednesday morning. “The Cardinals are expected to take Collins at No. 16, if cornerbacks Patrick Surtain II and Jaycee Horn and receiver Jaylen Waddle are gone.”

So, there you go. There’s your spoiler, maybe. The Steelers will select either Alabama running back Najee Harris or Tulsa linebacker Zaven Collins in the first round of the 2021 NFL Draft if either are on the board come time for them to pick.

It’s not like Florio’s report is way out there, however, as both Harris and Collins have been mocked to the Steelers quite frequently throughout the pre-draft process. Harris must be the odds-on favorite of the two overall just because he is a Power 5 conference player and because Steelers head coach Mike Tomlin and general manager Kevin Colbert were both at his Pro Day this year. Those two things speak loudly, as does the fact that the Steelers are fully expected to address the running back position with one of their first two selections in the 2021 NFL Draft.

Will both players still be on the board come time for the Steelers to pick? It certainly sounds like the Cardinals could be in play for Collins at 16th overall in the first round. As for Harris, the Miami Dolphins and New York Jets are two teams that pick ahead of the Steelers in the bottom half of the first round that just might have Harris in their sights.

What if both Collins and Harris are off the board come time for the Steelers to make their first-round selection? Maybe that is where the biggest unknown is right now.

We’ll find out by later Thursday night if Florio’s Wednesday morning report on what he’s being told about the Steelers is right. In the meantime, enjoy the last 24 or so hours before the draft gets underway.