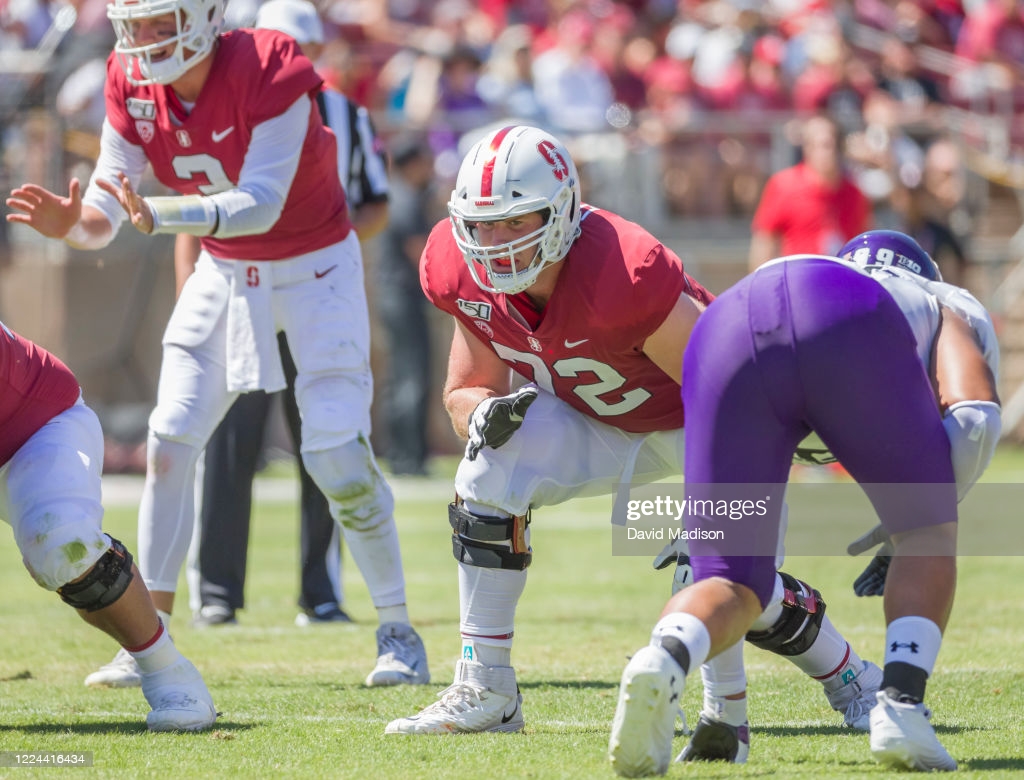 I’m sure that you have lost count of the number of mock drafts that you have already read this offseason, but one more probably won’t kill you, even if it’s yet another variation of a mock draft coming from Pro Football Focus. In this rendition, they break it down by division in a three-round mock for each team, with Seth Galina on the selection committee.

He has the Pittsburgh Steelers going tackle in the first round, getting their running back in the second, and adding a linebacker in the third. And at the least, we have a new name to talk about that hasn’t been discussed here much.

Walker Little, whom we profiled here, is the tackle whose name is at the top of PFF’s Pittsburgh three-round mock draft, coming out of Stanford. One reason his name doesn’t come up much is because he hasn’t played in awhile. He opted out of the 2020 season, and he missed almost all of his junior season in 2019 with a knee injury he suffered in his first game. But he was a full-time starting left tackle by his sophomore season in 2018.

If the Steelers aren’t going to take a quarterback — and Pick 24 would be a weird spot to do that — then let’s protect Big Ben. He refused to hold on to the ball for any length of time in 2020, presumably because he didn’t want his injury-riddled body to take any hits. Pittsburgh is losing mainstay Alejandro Villanueva and his 77.1 pass-blocking grade at left tackle, so the team must replace him immediately or Ben will continue to throw the ball short and quick, leaving the offense devoid of big plays. Insert Walker Little, Dillon Radunz, Christian Darrisaw or any other large human being. Little hasn’t played in a few years, but he has all the tools to be an elite tackle in the NFL.

I suspect the second-round pick will be more popular around these parts, as Galina has the Steelers picking up Javonte Williams (profiled here) as their new bell-cow running back, arguing that he provides the explosiveness out of the backfield to complement their passing game.

If the passing offense continues to be lackluster and short, the Steelers are will need a home-run hitting running back so that they can at least create explosive plays on the ground. Pittsburgh finished 31st in explosive run play percentage in the regular season. Javonte Williams’ 4.59 yards after contact in 2020 is over a yard better than the Steelers’ overall yards per carry mark last season. The Steelers will try to run him into the ground, and he will keep on breaking tackles and gaining extra yards. Clemson’s Travis Etienne could work here, as well.

Last, but not least, is the linebacker, an addition to a position where the Steelers let go of Vince Williams. Avery Williamson, who started several games last season, is also still out there as an unrestricted free agent. PFF has Pittsburgh bringing in Jamin Davis from Kentucky in the mock draft, whom we covered months ago here.

Pittsburgh also needs someone to play next to Devin Bush. Davis has been rocketing up draft boards the past couple of weeks because he is a freakish athlete who, while he needs to play a little better within himself, possesses great potential. His length is exciting for NFL teams, particularly with his ability to close open windows in the passing game and to match up body-wise with the new breed of NFL tight ends. He comes out of the box as a run stopper and has the traits to become a great coverage linebacker.

How would you feel if this is how the Steelers’ first three picks end up playing out? I’m not sure how many people have Little going in the first round, but given how long it’s been since he last played, it would be hard to profile. And frankly, teams will have way more information on him because of this than anybody on the outside possibly could.