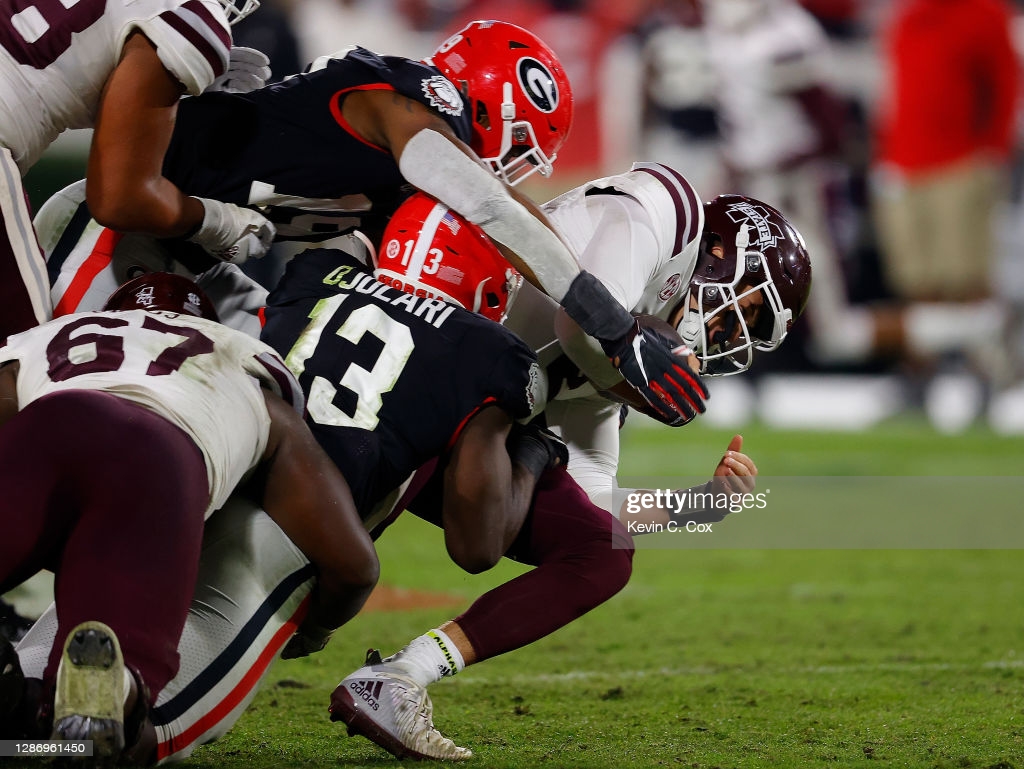 Did somebody say mock drafts? Why yes, indeed, I do in fact have yet one more mock draft for you coming from Pro Football Focus, from yet another writer, this one coming from Andrew Erickson, who to his credit does at least churn out a name that we haven’t heard much.

Erickson sees Georgie edge Azeez Ojulari as too tempting to pass up with his talent, rather than settling for a tackle. Our James Wilford profiled him here at Steelers Depot over a month ago, and he concluded that Ojulari is a day one starter worthy of a first-round selection. Erickson writes:

The Steelers have a dire need on the offensive line, but there’s just too much talent available on the draft board to reach on a less-than-ideal tackle or guard.

Mike Tomlin and Kevin Colbert both attended Georgia’s pro day when Azeez Ojulari turned heads by jumping 127 inches in the broad jump (94th percentile) and running 4.60 (88th percentile) in the 40-yard dash. His speed-rush moves off the edge give offensive linemen nightmares.

Pittsburgh lost one of its marquee pass-rushers in Bud Dupree to free agency, along with some other key defenders, so the logical move is to find his one-for-one replacement with Ojulari.

Ojulari is the highest-graded pass-rusher in the 2021 NFL Draft (91.7). Just imagine his potential ceiling knowing he’ll get to work with T.J. Watt every day.

Drafting Ojulari would keep alive a trend of drafting a linebacker in the first round at least every other year that has persisted since the Steelers selected Jarvis Jones 17th overall in 2013. Since then, they drafted Bud Dupree, whom they just lost in free agency, in 2015, then T.J. Watt in 2017, and then inside linebacker Devin Bush in 2019. Of course, they also drafted inside linebacker Ryan Shazier in 2014, giving them a three-year run between 2013 and 2015.

Still, the way the Steelers’ roster is set up, I would be surprised if they go edge in the first round without the draft board really breaking in a way that makes it scream out as the obvious responsible choice. Even with the loss of Dupree, they have Alex Highsmith seemingly ready to step in.

They do need to add to the outside linebacker position, with only veteran Cassius Marsh and the recently-signed first-year Jamir Jones behind their two starters, but I certainly see their first-round pick being spent somewhere outside of the defensive front. Inside linebacker would even be more likely, I think.