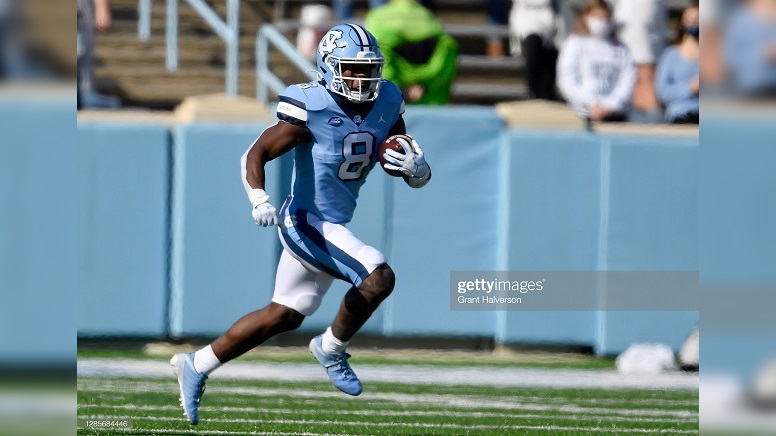 First round mock drafts are a dime a dozen — or more accurately, probably, a penny for 100 these days — but those who truly put in the time and (at times) collaborative effort to put together a comprehensive, full, seven-round mock draft are still more rare.

There has been perhaps no greater purveyor of mock drafts this offseason than Pro Football Focus, which has seemingly picked people up off the streets to produce some attached to unique names. On the eve of the real deal, they got together some of their head staff members to do a full seven-round mock.

And of course, it resulted in the Pittsburgh Steelers drafting a cornerback in the first round, taking the fourth player at the position off the board at 24 in Greg Newsome out of Northwestern, following the previous selections of Patrick Surtain at 10, Jaycee Horn at 16, and Caleb Farley at 23. Ben Linsey writes of the selection:

All of the focus has been on the offensive line and running back in Pittsburgh. Those are both clear areas of need, but o remaining lineman or running back offers the same kind of value Newsome does here.

The Northwestern cornerback is coming off an outstanding 2020 season in which he allowed fewer than 100 yards into his coverage all year. Cornerback has also quietly become one of the biggest needs on the Steelers roster after the departures of Steven Nelson and Mike Hilton to go along with 32-year-old Joe Haden entering the final year of his contract.

As most would expect, the Steelers use their Day 2 selections to address the running game. First, they land on Creed Humphrey, the Oklahoma center, in the second round, and then manage to still add Javonte Williams’ plus-one, Michael Carter, out of North Carolina in Round 3.

In their mock, Pittsburgh ends up with two more offensive linemen before things are through, with Northern Iowa tackle Spencer Brown in the fourth round, and later interior lineman Robert Jones from Middle Tennessee State in Round 7. Tight end is ignored until the seventh round as well, in BYU’s Matt Bushman.

The fifth and sixth round are reserved for defensive considerations after being ignored since the opening round, starting with linebacker Cameron McGrone out of Michigan, before double-dipping at cornerback with Antonio Phillips from Ball State.

All in all, the Steelers come out of this mock with three new offensive linemen, two cornerbacks, and a running back, to go along with a new linebacker and tight end. The most prominent absence in this exercise is any help along the edge, where they have Alex Highsmith entering the starting lineup to fill Bud Dupree’s shoes, with… very little in the way of depth behind him.

Note: We have draft profiles on all eight of these selections with the exception of Antonio Phillips, which you can access by simply clicking the embedded link attached to their names.