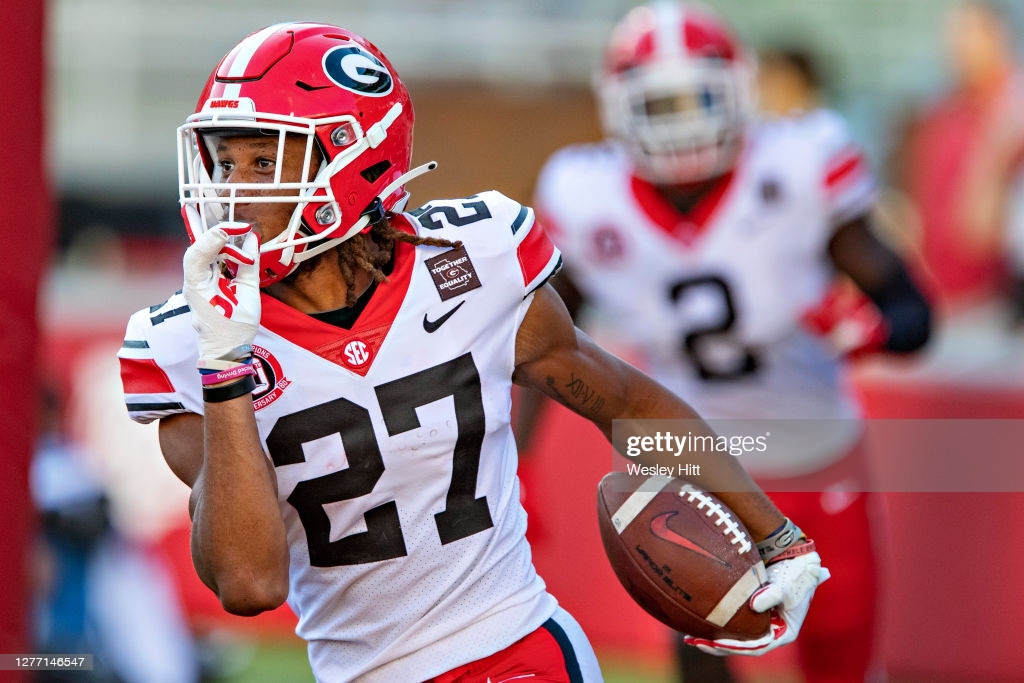 It looks like Peter Schrager of the NFL Network may have his final mock draft of 2021 submitted and his latest offering, his second one of the offseason, has quite an interesting selection when it comes to the Pittsburgh Steelers.

After mocking Alabama center Landon Dickerson to the Steelers at 24 in his first mock draft of 2021, Schrager now has them taking Georgia cornerback Eric Stokes in his most recent offering. Below is his reasoning for mocking Stokes to the Steelers this time around.

There hasn’t been as much press for Stokes as we’ve seen for some of the other top corners in this draft, but he can definitely play. Perhaps the fastest CB in this class, he can cover a ton of ground. Pittsburgh could address its run game woes in Rounds 2-4.

For his college career, Stokes registered 78 total tackles, a sack, four interceptions and 22 passes defensed. He also forced a fumble. The young cornerback also retuned two of his four interceptions that he had in 2020 for touchdowns.

Steelers general manager Kevin Colbert and head coach Mike Tomlin were both at the Georgia pro day this year along with new secondary coach Grady Brown, so that’s all worth noting.

For whatever its worth, Gil Brandt of the NFL.com has Stokes ranked 41st overall on his latest top 100 players list ahead of the 2021 NFL Draft.

In closing, it would be quite surprising to see the Steelers draft a cornerback in the first round this year. If they do, however, Stokes has a better than average chance of being that cornerback.

Below is the link to the pre draft profile our own Tom Mead did on Stokes.