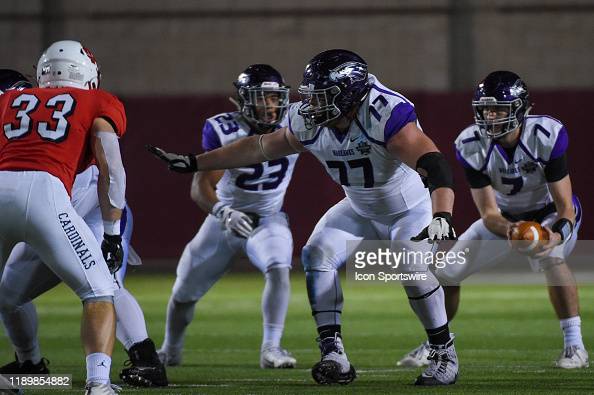 Earlier in the week, Pro Football Network’s Tony Pauline outlined what he thinks the Pittsburgh Steelers will do at #24. In a mailbag question and answer Tuesday, he gave a clue to who the team may consider #55. Pauline wrote the Steelers are big on Wisconsin-Whitewater guard/center Quinn Meinerz.

“If the Steelers snag Harris in Round 1, Wisconsin-Whitewater offensive lineman Quinn Meinerz could be the target at pick 55, if he’s available. The Steelers like Meinerz, and he’d be another terrific fit. However, there are questions as to whether he lasts to the team’s pick at the bottom of Round 2 or not.”

Despite his small-school background, there have been obvious signs the Steelers do have interest in Meinerz. Offensive line coach Adrian Klemm attended his Pro Day workout where Meinerz put up big numbers. At 6027, 320 pounds, he ran a 4.99 40, recorded a 32-inch vertical with a 9’3″ broad and solid shuttle times. His RAS score was the second best for any center in history, only behind Creed Humphrey, regarded as the top center in the class.

Meinerz brings a combination of nastiness and athleticism the Steelers are looking for. The line wasn’t physical or tough enough. Klemm admitted as much, and Meinerz would be a step in getting them back on track.

The question it boils down to is value. Is Meinerz going to be a second round pick? He’s certainly been hyped as such. Mock Draft Database has him aggregated at 64th overall, right on that second/third round line. But there are some things working against him. Wisconsin-Whitewater didn’t play football in 2020, Meinerz would have to make a position switch in Pittsburgh after playing guard in school, and he’s coming from a low level of competition. Will he be ready out of the gate as a rookie? It’s hard to say.

All of those factors could put him in third-round consideration for the Steelers. But if he’s “their guy” and they want to get him, they may select him at 55 and not rely on him slipping to #87.