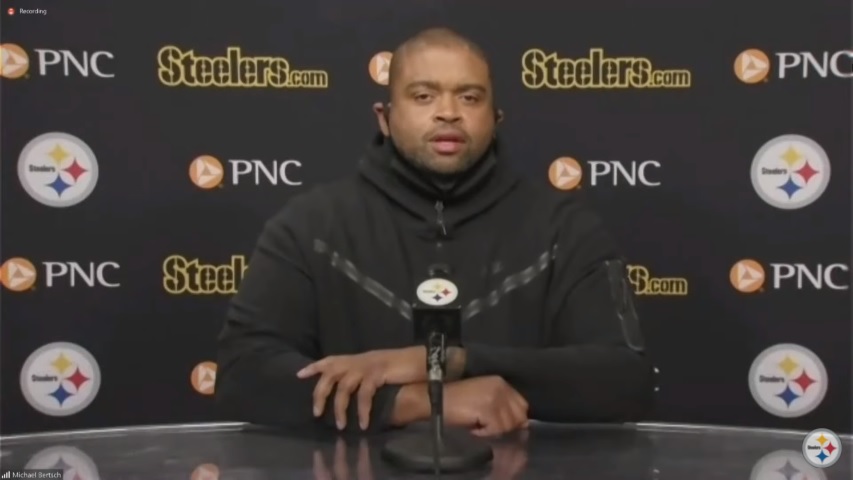 They say football is a mental game. If that’s how you judge things, then Kendrick Green will be a solid pick for the Pittsburgh Steelers. Discussing the selection, new offensive line coach Adrian Klemm said Green’s mental toughness and versatility were impressive.

“He played center and he played at a high level,” Klemm said via the team YouTube channel. “He took snaps at practice but didn’t play a number of games there. Two games he played there was his bowl game the year before and one this year where he didn’t know he was going to play in the game. But he was ready for it. He was making calls from the guard position. I think at one point for a couple games, he played next to a tight end. They ran through a number of linemen. He had to make calls for him. They had three or four quarterbacks playing throughout the year. To operate under those circumstances and play at a really high level is impressive.”

Illinois struggled in 2020, going just 2-6, in part to the injuries Klemm noted. As he said, three different QBs threw 40+ passes this season while the team dealt with injuries up front. But Green seemed to rise above it all and still put on good tape. Klemm also called him an “alpha” in the locker room.

Klemm attended Illinois’ Pro Day and put him through drills. That gave him enough comfort for the Steelers to take Green in the third round. Though Green is an underclassmen and doesn’t have much experience at center, Klemm believes the mental toughness he showed has him NFL ready.

“Because he has played guard and center, sometimes in the same game, I think his understanding for O-line play as a whole is further ahead than other guys who have been playing one position his whole career.”

Green will compete with B.J. Finney to be the Steelers’ starting center. It’s unclear who will win the job, and that battle probably won’t be decided until after training camp and the preseason.