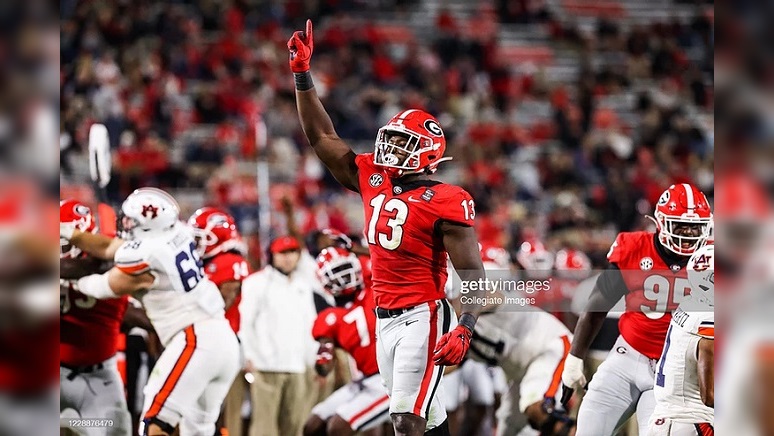 With the 2021 draft now less than two weeks away, the buzz on the Georgia product seems to building. It has resulted in people pointing back to his NFL.com draft profile, that included Lance Zierlein comparing Ojulari to former Steelers’ outside linebacker Joey Porter.

A comparison to Porter for Ojulari is quite an honor. After all, Porter will always be remembered as one of the great outside linebackers in Steelers’ history, as he put up 98.0 career sacks over 13 NFL seasons. He also recorded 667 total tackles during his time in the NFL.

Steelers’ general manager Kevin Colbert and head coach Mike Tomlin were both at the Georgia Pro Day this year to watch Ojulari go through the paces. Georgia voted Ojulari team captain for several games during his college career in both 2019 and 2020.

In his latest rankings, Gil Brandt of NFL.com has Ojulari ranked 24th overall.

“Ojulari can be a very good pass rusher despite the lack of size for his position,” Brandt wrote about the Georgia edge-rusher.

Below is our draft profile on Ojulari.