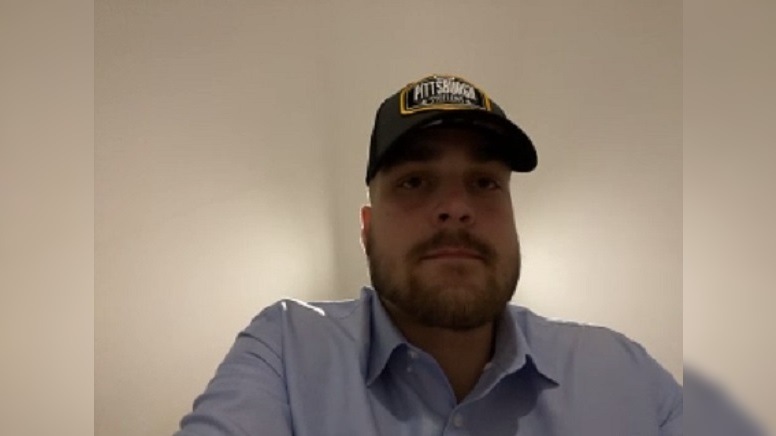 New Pittsburgh Steelers tight end Pat Freiermuth only played in four games in 2020 because of a shoulder injury. But the Penn State product stated Friday night that he’s now fully recovered from surgery after Pittsburgh selected him 55th overall in the 2021 NFL Draft.

“My shoulder’s fully healthy,” Freiermuth said. “I got cleared three weeks ago to do everything. Full contact and everything like that. I think I got the surgery at a right time which allowed me to be fully healthy before my NFL career and rookie minicamp and stuff like that so I could go through that whole process and get in my own routines. So, I’m fully healthy and I’m ready to go and I’m excited to get into that offense and make some plays.”

Freiermuth suffered that shoulder injury against Ohio State, and then played with a shoulder harness on his right shoulder against Maryland and Nebraska. The team ruled him out of their Iowa game and underwent season-ending shoulder surgery after Thanksgiving. After having surgery, Freiermuth decided he would declare for the 2021 NFL Draft.

Throughout his pre-draft process, Freiermuth met with several different teams, and the Steelers were one of them. The Steelers had a fill contingent at his Pro Day that included general manager Kevin Colbert, head coach Mike Tomlin and new tight end coach Alfredo Roberts.

By the sound of things, Freiermuth should be fine to participate in the Steelers’ rookie minicamp a few weeks from now.