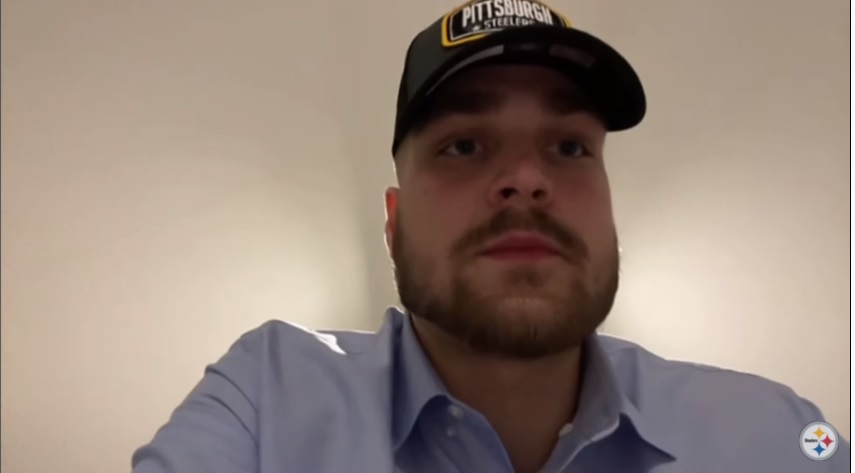 Comparing TE Pat Freiermuth to Heath Miller might be a little strong. But Miller’s calling card was a rare selflessness, willing to do anything in order to help the team way. And in that regard, Freiermuth is exactly the same. Speaking to reporters after Pittsburgh selected him, Freiermuth said he’ll come in and do anything the team asks of him.

“I see myself as going out there and doing whatever is asked of me,” he said via the team’s YouTube Channel. “I think that’s what they liked about me the most throughout the process. I was willing to do everything. Made that quite evident on my film at Penn State. If they tell me to block the whole game, I’m going to do that. I think they’re going to move me around the offense for mismatches. When they go in there and ask me to block, I’m going to do it. Excited to be part of their offense.”

Freiermuth may not be great in any one area, but he’s a well-rounded player in a college game that rarely offers those types of players. He can catch and block with the size, frame, and ability to do both. Like Miller, he’ll do whatever the coaches ask of him.

Freiermuth could’ve opted out of the 2020 season like many players did, especially given the chaotic nature of the Big Ten suspending the season only to start up later in the year. He suffered a shoulder injury four games in, but had no regrets about his choice to play.

“I wanted to play this season because I love Penn State. I love that whole community. I love everything they’ve done for me. I owe that university more than it owes me. So every chance I had to put that Penn State jersey on, I was going to do it. I never thought about opting out.”

Freiermuth is the first tight end the Steelers have drafted in the top four rounds since Matt Spaeth was taken in the third round in 2007. He’s the highest tight end the team has drafted since Miller in 2005. So they at least have that in common. And hopefully a lot more.