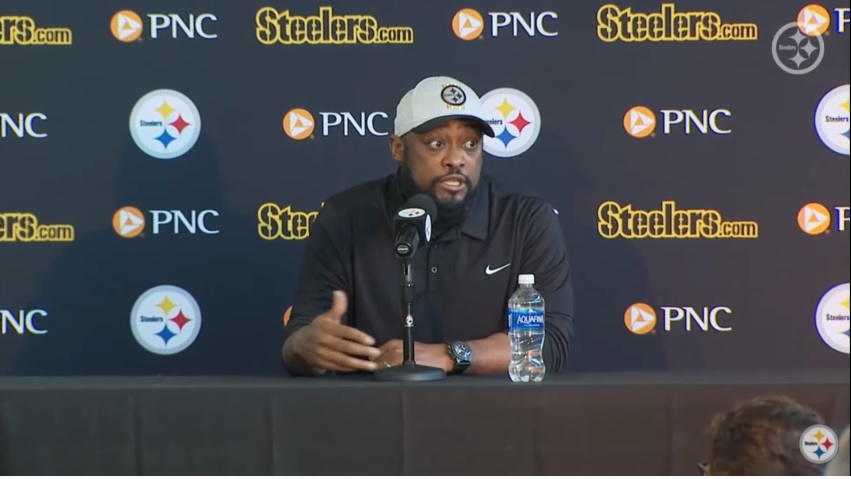 Perhaps the most consequential move the Pittsburgh Steelers made this offseason was the decision to offer head coach Mike Tomlin a three-year contract extension, which he signed and which will run through the 2024 season. As it stands, he was entering the final year of his current contract, though there was an option year in place for 2022.

The 2021 season will mark Tomlin’s 15th as head coach of the Steelers, having first accepted the job at the age of 35. Back then, he had players he was coaching whom he played against in college, such as James Farrior. Now he’s approaching his 50s, but his perspective has not changed.

“In regards to my extension, you guys that know me know I don’t ponder a lot about longevity and things of that nature,” he told reporters yesterday. “I’m just appreciative of the opportunity to work that’s in front of me today. That’s largely been my attitude regarding it for 15 years now. I assure you that will remain unchanged.”

What has changed, and will continue to change over the next four years, is the faces around him. General manager Kevin Colbert has been the largest constant in terms of the front office, but even he might be gone. Keith Butler is the longest-tenured coach remaining on the staff, but even his role has changed. Randy Fichtner was a part of his original staff, and moved up the ranks, but is now gone.

“In terms of some of the people who come and go, that’s part of the coaching profession and the business of football,” Tomlin said. “I’m excited about the collection of men, the coaching talent, the vocational talent that we have, and our ability to kind of formulate our schematics and our plan as it pertains to these guys that we’re working with, and we’re excited about doing it.”

The coaching staff has changed significantly over the course of the past three years. The only on-field staff who are not new faces during that time are Butler, Jerry Olsavsky as linebackers coach, and Karl Dunbar, who is entering only year four as the defensive line coach. Denzel Martin is also four years into his time on the staff, now as assistant outside linebackers coach. And of course there’s the immortal Danny Smith.