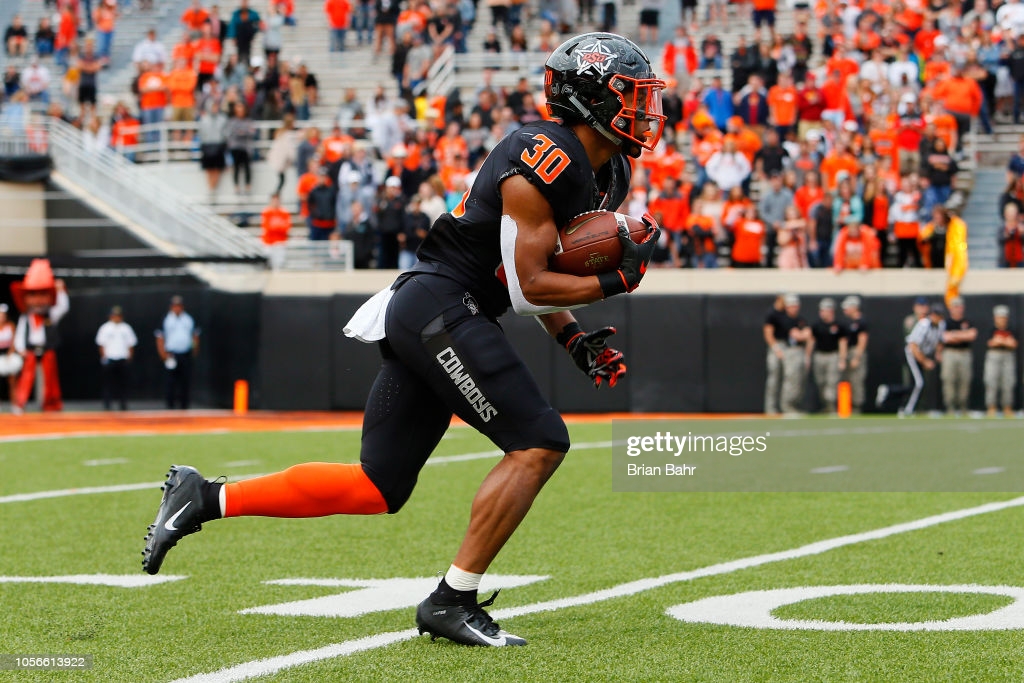 I have added round history for each round based on positions drafted in the Kevin Colbert/Mike Tomlin era. Below each pick will also show any pre-draft contact we know of, thanks mostly to Alex Kozora’s incredible research.

My goal is to add physicality and toughness as much as possible.

Analysis: In the movie Jaws, Chief Brody is on the back of Quint’s boat chumming the water and feels he would prefer Hooper take a turn while he gets to steer the boat. The response from the captain of the boat, Quint, is simple: “Hooper drives the boat, Chief.” He continues to chum, and the when the shark breaches for the first time, Brody utters the famous line, “You’re going to need a bigger boat.”

The mandate was sent down from the front office to improve the run game. That starts by getting a bigger boat, uh, building the offensive line.

In this analogy, the offensive line is the boat and Hooper is the center. The Steelers don’t have their Hooper on the roster right now. And in order from Brody (the running back) to beat the defense (the shark) he’s going to need the boat (the offensive line) steered by Hooper (the center) to lead the way.

Dickerson is the man to steer the offensive line going forward.

Najee Harris could very well be the pick here, but if he is gone Dickerson could be choice. The Steelers’ first round selection is usually a combination of need and value. Dickerson has first round talent. I think everyone agrees on that. They have a need at center, and he fills that role.

There is risk, a big risk, due to Dickerson’s injury history. Some teams may take him off the board or he may fall in the draft, as well. They could try to get him later, but there is no guarantee. Just like there is no guarantee he will continue to get injured or stay healthy going forward. If he can stay relatively healthy, you could have another lynchpin in the middle of the line following in the footsteps of the other great centers in Steelers history.

Analysis: If one of the top three running backs falls here, that would be the pick. That is unlikely, so one of the biggest losses for the Steelers defense this off season was Mike Hilton leaving as a free agent. Like Liam Neeson in Taken, Hilton has “a very particular set of skills; skills I have acquired over a very long career. Skills that make me a nightmare for” opposing offenses.

Hilton’s ability as a nickel back to play in coverage, defend the run and particularly his timing on the blitz will probably not be found in just one player. Grant has good size and length (32 5/8″ arms) and good acceleration (1.54 10-yard split). For Pittsburgh, he can play in the slot but he also has the ability to play either safety spot. He is depth there if either starter goes down.

He is a physical tackler (290 career tackles), has good ball skills (10 INT, 17 PBU, 5 forced fumbles), and with his versatility, they could move Minkah Fitzpatrick around a bit more to give him more chances to make plays on the ball. It also allows them to keep Sutton outside the majority of the time.

Analysis: Behind starters Chukwuma Okorafor and Zach Banner, the depth at the position like many others is lacking. The Steelers like their tackles to be big and have length. Brown would fit right in with his size and 34 3/4″ arms.

He was right near the top in just about all testing numbers, including a 1.69 10-yard split and a 4.40 short shuttle time, which was second among offensive lineman that received NFL Combine invites. Brown played right tackle in college, but many believe he is capable of playing on the left side, as well. He would fit nicely as a swing tackle and competition for the incumbents.

I like this line from our Jonathan Heitritters’s report: “Enjoys forcing his will on defenders he knows are not as strong as him in the run game.” He has size, agility and strength (500 lb. bench press), with room to add core strength, some bulk, and get stronger.

Analysis: If it was the 2020 draft and Hubbard had come out of school early, people would be clamoring to take the running back that had just finished a 2,000 yard season on Day 2 at the latest. Fast forward to this season dealing with a national pandemic and an ankle injury, and Hubbard is pushed to Day 3.

The Steelers’ offense had a trio of problems that included play calling, poor blocking, and running backs missing gaps when they were there. There is a new play caller and the offensive line is getting an overhaul. Some of Hubbard’s best traits are his ability to understand blocking schemes, his vision to find the right gap, and how to manipulate defenders out of those gaps. He has speed (4.51) to take it the distance, and is comfortable catching the ball. He had some ball security issues that can be cleaned up, and needs improvement in pass protection.

Hubbard has the production the Steelers like with nearly 4,000 yards of total offense, 36 career touchdowns and a 22.1 average on kick returns. He adds speed to the backfield, and along with Benny Snell and Anthony McFarland can form a trio of tools for Canada to employ in his offense. Some won’t be happy if they don’t get one of top three running backs, but Hubbard would be a solid fallback plan.

Analysis: Mark Barron. Marcus Allen. Antoine Brooks Jr. For the past few years, the Steelers have been searching for that hybrid safety/linebacker to fill a role on the defense. In my opinion, their search has led to a lot of square-peg-in-a-round-hole scenarios. Deablo may be the round peg.

His size and length combined with 4.45 speed make him an intriguing prospect. Honestly, he may be a candidate to add a little weight and move to linebacker full time. From our report, he is physical and understands his run fits as a box defender, and showed some impressive flashes in coverage. He finished with over 200 tackles and had 28 pass breakups.

He can be brought in to play behind and learn from the veterans on the roster, and be a core special teamer.

Analysis: Outside linebacker is another of those key areas needing depth. Some will think this is too late to address this position, but I think Bradley-King is a perfect fit. His measurements are very similar to those of Alex Highsmith, with Bradley-King having a little more length. His 1.59 10-yard split was right there with top rushers Jaelan Philips, Azeez Ojulari, Joseph Ossai, and Jayson Oweh.

One thing that really impressed me was his strength. I noted in my report that while watching film, I stopped three times to re-check his weight because he plays so much stronger than his size. He has a high motor, is effective as a power rusher and strong against the run. His physicality is always evident and something this team was lacking down the stretch last year.

Baylor head coach Dave Aranda had this to say: “William has really been impressive,” Aranda said, pointing to his leadership qualities and performance. “When he gets on the field, he’s a load.” Any backup outside linebacker they draft is going to be limited to about 15 plays per game, so he would be an excellent Day 3 pick to fill that role.

Pre-Draft Contact: Colbert, Tomlin and Klemm at his Pro Day

Analysis: The need to fill the shoes of the retired Vance McDonald is a big one. Eric Ebron is the pass catching tight end. They need a blocker. This is another pick to help the running game be more effective.

Don’t get me wrong, Farrell can catch the ball despite his meager receiving statistics. Ohio State in general doesn’t use the tight ends as receivers like most teams do. He has strong hands, adjusts to ball well, and can box out smaller defenders. Farrell has a good Relative Athletic Score, and hit every box in the what the Steelers look for series.

He was really impressive as a blocker. In pass protection, he can handle defenders one-on-one on the edge and has the agility to block in space. As a run blocker, he plays with an attitude and plays to the whistle. He worked with Duke Manyweather, who is known for helping lineman improve their blocking skills. Wouldn’t it be nice to not have to use a “tackle eligible” player and just have a TE who can block? I think so. And next year if Ebron leaves, they’ll have the blocker and can focus on finding another receiving threat.

Analysis: I was torn what direction to go here. I like the idea of a late round offensive lineman that can play multiple places, but I chose to double up on the outside linebacker spot.

Coastal Carolina had a breakout season and Jackson was a top player on that defense. He was the Sun Belt conference Defensive Player of the Year, and has filled up the stat sheet. He had 188 tackles in his career with 42 tackles for a loss and 24.5 sacks. Jackson is another high motor player with good acceleration to get after the quarterback, and heavy hands to stun offensive lineman. He has the strength to control gaps and the quickness to beat blockers to the spot.

Again, behind starters T.J. Watt and Alex Highsmith there is very little depth. This gives the team two opportunities to fill backup roles, as well as adds another motor to special teams.