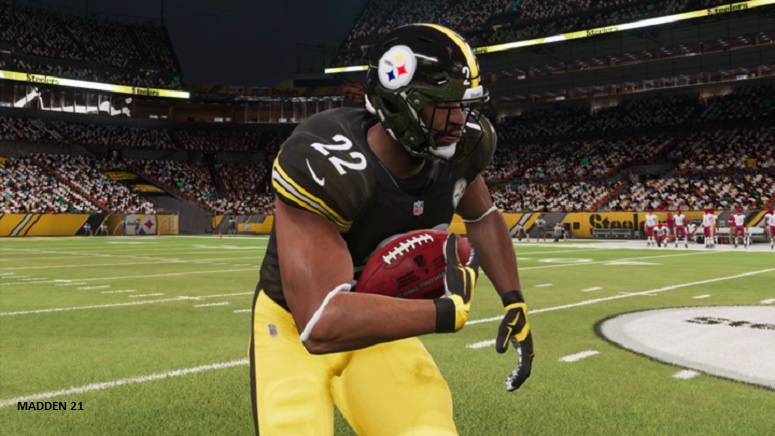 After losing James Conner in free agency, the Steelers are in need of a new running back. Harris is the consensus pick to land with Pittsburgh in the Mock Draft Database with a fairly high 15.9%. Harris makes a lot of sense here as both a position of need, and a talented player with the 24th overall selection.

I mean, I guess it’s hard to take issue with a machine’s pick and it certainly appears as though the method used to set Madden up to do a proper simulation was fairly thorough. That all said, it’s still a glorified mock and really means nothing in the grand scheme of things.

While Harris seems to be one of the most popular players mocked to the Steelers throughout this offseason, one must wonder if the position he plays, and his age will ultimately result in Pittsburgh steering clear of him in the first round.

The Madden simulation also predicted the second-round picks and the Steelers wound up with Stanford tackle Walker Little, in case you’re curious.