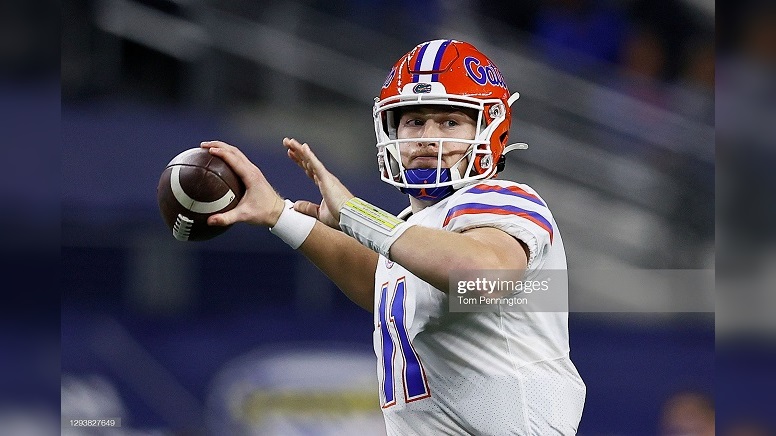 The Pittsburgh Steelers’ quarterback room might look full with four competent players already on the roster: Ben Roethlisberger, Mason Rudolph, Dwayne Haskins, and Josh Dobbs. That’s about as strong of a room, top to bottom, as the team has had in quite some time. But the Steelers might not be done adding to that position. According to reporting from The Athletic’s Ed Bouchette and corroborated by Jason La Canfora in an interview on 93.7 The Fan with Andrew Fillipponi and Chris Mueller, if the team drafts a QB, it could be Florida’s Kyle Trask.

“I would think so,” La Canfora said when asked if Pittsburgh would consider Trask at #55, assuming he was still available. “Not knowing what else was on the board but yes, he’s someone who is on their radar. Has been on their radar for awhile. And they’re obviously uncertain right now who that heir apparent is. There are people in that building who would love it to be Mason Rudolph…you also have very few people who are going to stake their reputation that is going to be Mason Rudolph.”

The team’s interest in Trask has been documented for months. He’s been compared by multiple scouts to Mason Rudolph, who the Steelers had a first-round grade on, and several GMs believe Trask’s best fit is in Pittsburgh.

Trask had a breakout year in 2020, throwing 43 touchdowns to just eight interceptions while leading the Gators to an 8-4 record and bowl berth. Florida struggled in the bowl game but had several opt outs, including TE Kyle Pitts and WR Kadarius Toney. Trask played in the game, a loss to Oklahoma.

In our scouting report, we noted Trask’s above average accuracy but knocked his lack of mobility and below average arm. He’s an easy guy to root for and overcame long odds, not even starting on his high school team and had Florida as his only Power 5 offer.

When we talked to Trask at his Gators’ Pro Day press conference, he confirmed he’s spoken with Mike Tomlin and the Steelers earlier in the pre-draft process.

“So I talked to them about a month or two ago,” he said. “I was able to talk to the head coach and a couple of their staff members. We had a really good talk.”

The Steelers almost certainly will not take a quarterback at #24, not that there will be one available worth selecting. The top five are expected to be off the board, even if someone like Ohio State’s Justin Fields does drop out of the top 10. But taking one from the second to fourth round is on the table, and Trask might be sitting in prime position to be taken. Other quarterbacks the Steelers have shown pre-draft interest in include Texas A&M’s Kellen Mond and Wake Forest’s Jamie Newman.