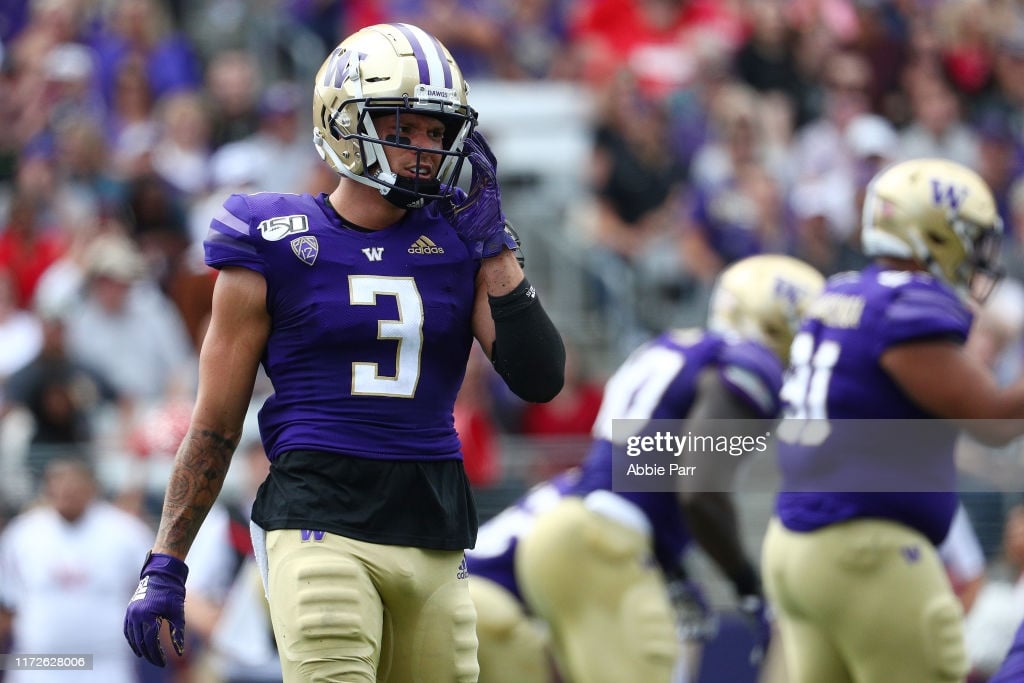 My final Pittsburgh Steelers’ mock draft won’t come out for about another two weeks. But I have been playing around with this cool website Walk The Mock which allows you to draft in real-time with other people. In fact, this Saturday at 9 PM/ET, I’ll be livestreaming a three-round mock draft over on my YouTube channel (and likely posted to the site afterwards). The goal will be to have a GM for every single team.

But I took my first crack at a Steelers’ mock draft on the website over the weekend. Despite my many attempts to make trades, nothing panned out, so I made all my scheduled selections.

So here they are. Here’s the link to the mock if you want additional information, but I’ve added a screengrab of my picks below. 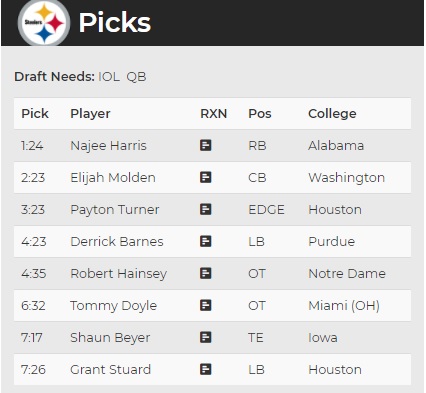 Najee Harris at #24 isn’t surprising at the top. But me picking a defensive player the next three rounds of the draft was. Molden I think can start in the slot early, keeping Sutton on the outside. Turner is a big, athletic pass rusher. Barnes is an underrated off-ball linebacker who has lined up on the edge before, too. Then I circled back to the offensive line with Robert Hainsey (who I would have play center, despite his OT listing) and Tommy Doyle, a one-year developmental prospect and MAC guy.

Beyer is an underrated tight end. Maybe not the next George Kittle but that kind of mold, while Stuard was drafted for his special teams ability. The next Tyler Matakevich, I hope.

Don’t judge this through a “Would the Steelers do this” lens. Because I didn’t draft it with that sort of intent. I put on more of the “What I would do” hat, even if I don’t consider this to be a perfect or ideal draft. The realistic drafts are the ones were you don’t get everything you want exactly how you want it.