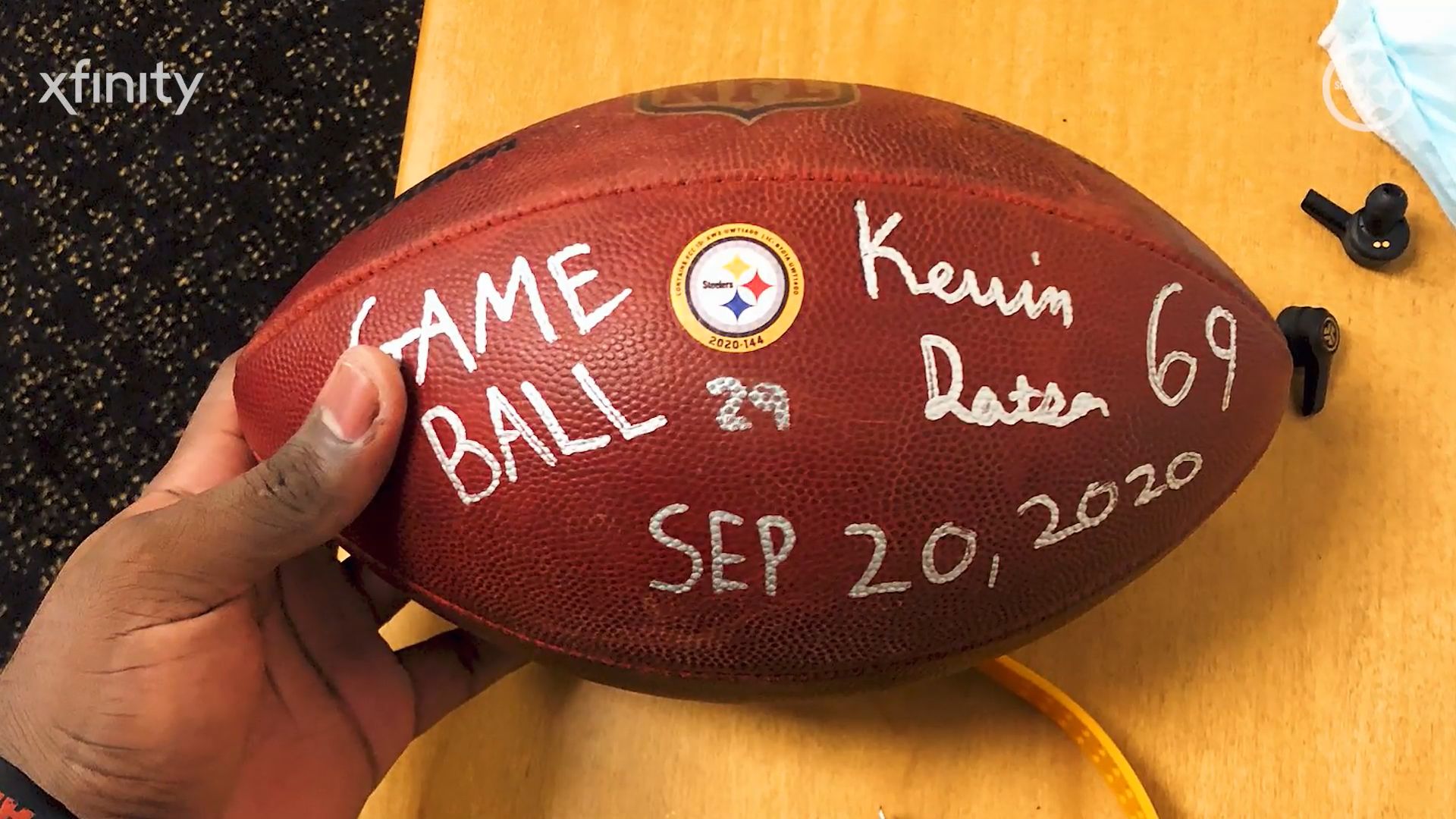 Kevin Dotson might have been a healthy scratch for his first career game were it not for an injury sidelining David DeCastro. It would have been between he and J.C. Hassenauer. But with DeCastro down, he dressed right away for the Pittsburgh Steelers as the top backup guard, and then backup Stefen Wisniewski went down filling in for DeCastro.

As a result of that pair of injuries, Dotson had to close out the final possession of the season opener, and then made his first career start a game later in a win over the Denver Broncos. He drew positive reviews for his performance — enough to earn a game ball from his teammates, which he recently explained to the team’s website was important for him.

“Being an offensive lineman, you don’t expect really that much recognition, so to get it was a great feeling, and for it to be my first game, it meant a lot to me, and it kind of carried me through the season, knowing, at the beginning stages of me thinking that I belong,” he said, as part of The Standard video draft preview series.

Pittsburgh picked Dotson in the fourth round last season out of Louisiana-Lafayette, and the first non-Combine player drafted. He has previously talked about the self-doubt that he faced and had to overcome step by step over the course of his rookie year, so it’s understandable that this gesture was big for him.

While he hasn’t used the specific term, Dotson likely experienced what is known as imposter syndrome, where an individual questions whether or not they truly belong in a position that they already hold, as though they were given that position by oversight.

But there’s a reason projections list Dotson as the Steelers’ starting left guard in 2021. That’s because he proved that he belonged. He did so even though he didn’t have much of an offseason. Even in what little on-field time that they did have in training camp, he spent some of that period sidelined with a knee injury.

He has said that he started to feel more comfortable when he got on the practice field and worked against other NFL players. But going up against somebody in practice and seeing them in a game are very different things.

“You can go against somebody in practice all day, but once a person goes into game mode, it’s kind of a different type of feel,” he said. “I could go against Tuitt and those guys every day, and I know that they’re going hard, they’re super hard to block, but I know if I went against them in a game, it would be two times harder.”

Dotson ultimately started four games — two at right guard, two at left — over the course of his rookie year, logging 360 offensive snaps. Now the expectation is that of a 17-game starter, as he continues to evolve and mature as an athlete and professional.