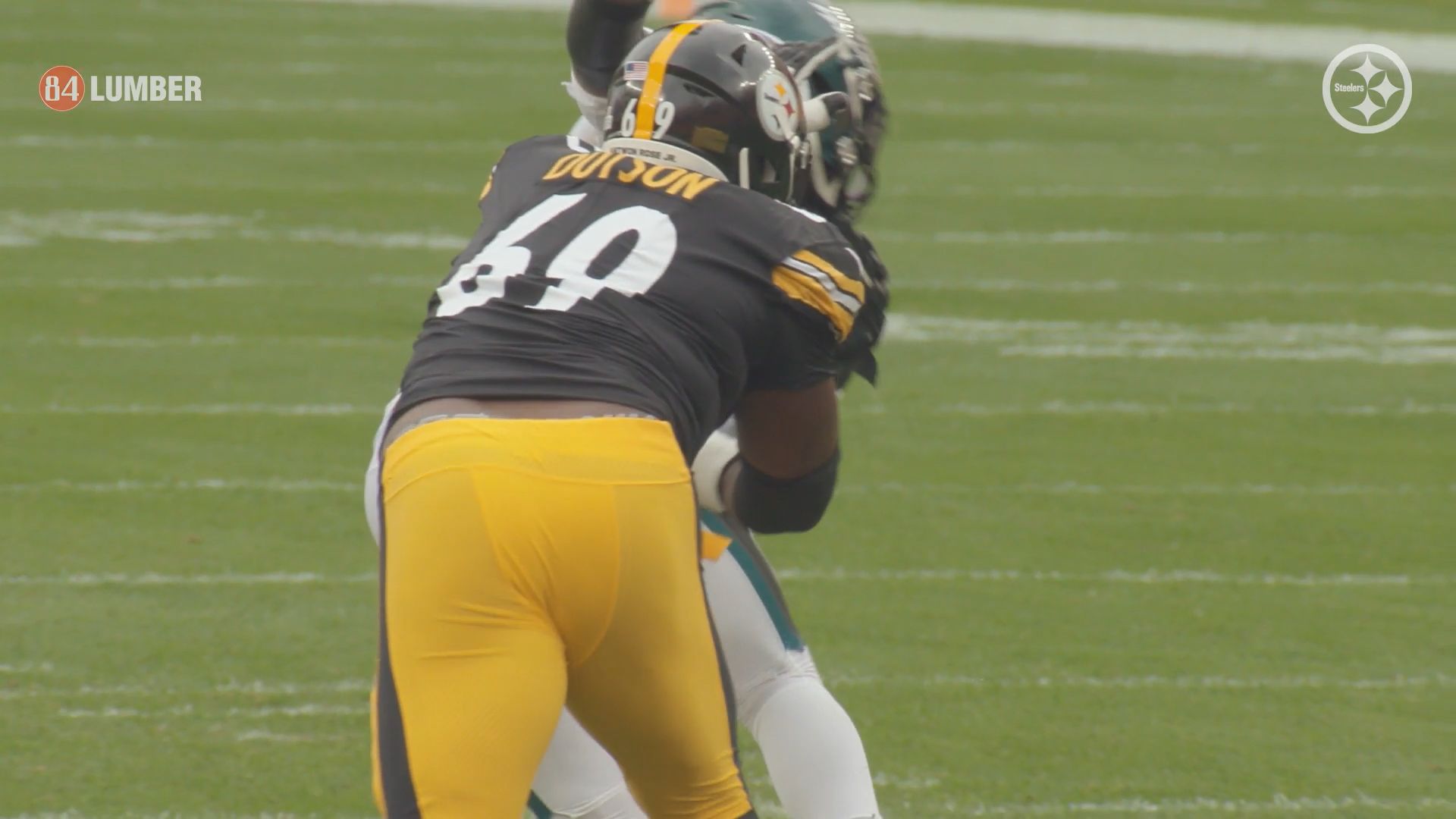 A fourth-round pick by the Pittsburgh Steelers a year ago, Kevin Dotson has talked about his pre-draft anxiety in wondering if he belongs, but a year of NFL practice and playing experience under his belt has changed his tune, because now he very much feels that he belongs, and that he is capable of starting.

“I do. I definitely do”, he recently told Missi Matthews for the Steelers’ website during an exclusive one-on-one interview with the Louisiana-Lafayette product. “I feel like I’m working enough to get that spot, and I know if I get the spot that I feel like I can keep that spot for years to come”.

The Steelers are an organization that values stability, but sometimes change is necessary, or at least unavoidable. The two areas with the biggest changes this offseason so far have been at cornerback, where they’ve lost two of their top three players, and along the interior offensive line, where the same holds true.

11-year veteran starter and nine-time Pro Bowl center Maurkice Pouncey retired earlier this season. At this time, it’s unknown who will take his place. The current in-house candidates are B.J. Finney, who was recently re-signed, and J.C. Hassenauer, both of whom have started multiple games for the Steelers at center before.

The left guard position also has a hole after Matt Feiler left in free agency, but we have a pretty good idea of who will fill the void there—and so, too, does the man everybody expects to step into that spot: second-year Kevin Dotson.

The then-rookie actually played in nine games on offense last season, logging 360 snaps. That included four starts, with two of them coming at right guard, where he had played throughout his college career, and two at left guard later in the year, which he recently admitted was a bit of an adjustment, and which he expects to continue to be somewhat uncomfortable.

While he did not have the sort of immediate run-blocking success that his pre-draft scouting report suggested, the young man surprised with very astute pass protection, which is, frankly, a much more desirable quality. Even Pro Football Focus had him rated as among the highest graded guards in pass protection last season, giving up just a couple pressures all season.

It looks like the Steelers will have produced at least three starters from their 2020 NFL Draft class, in spite of the fact that they had no first-round draft pick, so that’s pretty good. Chase Claypool is already a starting wide receiver. Alex Highsmith is anticipated to take over fulltime at outside linebacker with Bud Dupree gone after starting the final six games after the latter tore his ACL.