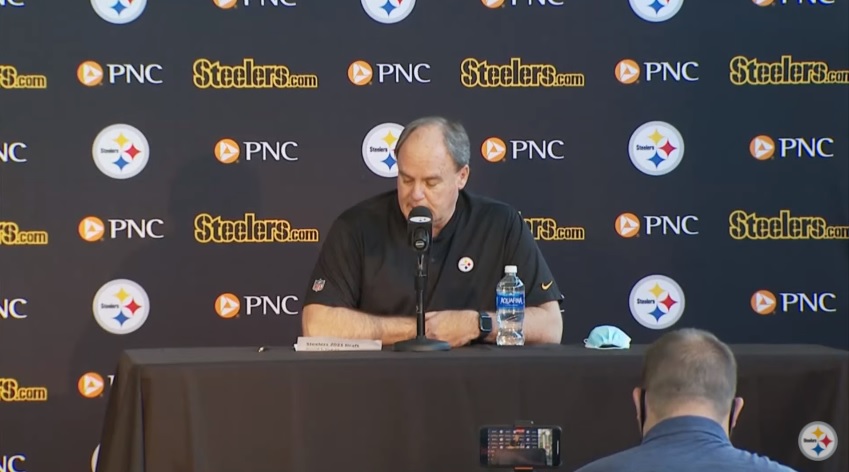 The 2021 NFL Draft will get underway Thursday night in Cleveland. If you are hoping to see the Pittsburgh Steelers trade up at any point during it, they are likely to disappoint.

As part of the Steelers annual pre-draft press conference that included general manager Kevin Colbert and head coach Mike Tomlin, the former indicated on Monday that the team isn’t likely to trade up at any point during the seven rounds this coming week.

“Again, we’ll always get asked about trade up, trade down, I’m very doubtful that we’ll trade up,” Colbert said Monday. “We really value those eight picks that we have, five of which are in the top 140.”

Colbert was later asked Monday if he is open to trading back.

“Again, we’re always going to value quality over quantity, but if we’re not comfortable with what we’re looking at the 24th pick we’ll trade back,” Colbert said. “Do we want to do it with a division team? That wouldn’t be our preference, but we won’t discount that completely because we have to weigh what the potential trade back will do for us and not worry about where those picks may go. So, it wouldn’t be our preference, but it won’t disqualify us from trading back with a division team.”

Is Colbert open to trading out of the first round completely on Thursday night?

“I mean, again, what are we getting? How many picks? We’ve got to look at what we’re walking away from and, you know, I never like to walk away from a pick without having, say, if we’re trading back five spots, I want five players that we would be comfortable in taking so we can’t lose,” Colbert said. “That’s the way we’ve always approached that. We never would trade up unless the player we want is available and we know on that pick that he is available. But trading back, I want to make sure that we can’t lose if we do it.”