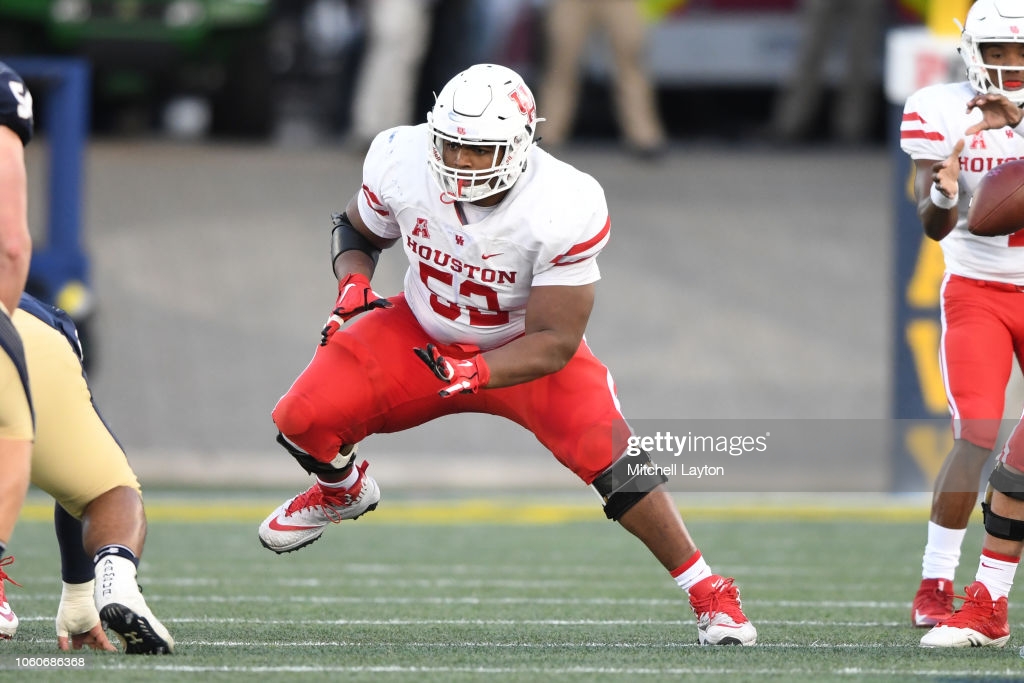 Houston OG/OC Braylon Jones says he’s spoken with Pittsburgh Steelers’ offensive line coach Arian Klemm throughout the pre-draft process. Though Jones is versatile and being viewed by scouts as a swing offensive linemen capable of playing anywhere along the offensive line, Klemm told Jones he views him as a center.

“I talked to offensive line coach Adrian Klemm,” Jones said. “We had a pretty good conversation and he was really just asking generic questions, getting to know me. And then I asked him, ‘Where you feel the most comfortable seeing me at?’ And he was like ‘Center and interior.’ So it was a really good conversation with him.”

Jones made a whopping 41 career starts for the Cougars. Most of that time was spent at guard, but he played center later in his career, making three starts at the pivot in 2020.

Jones said Houston’s blocking scheme was primarily wide zone and G/T (a gap/counter run scheme). In pass pro, he said his goal is to get a “kill shot” when he’s uncovered.

“If I’m uncovered, I’m going to try to kill somebody. Trying to get a rib shot or something like that. And so that’s really what I’m really focusing on when I’m going uncovered at center.”

Jones is viewed as a later Day 3 pick or undrafted free agent.

We’ve yet to profile Jones but Pro Football Network’s Tony Pauline summed up his game this way:

“Jones possesses outstanding size as a small-area blocker but lacks agility, athleticism, and has limitations.”

Houston WR Marquez Stevenson also says he’s spoken with the Steelers, including WRs Coach Ike Hilliard. Stevenson ended his college career with 147 receptions for 2,269 yards (15.4 YPC) and 22 TDs. He was also a productive kick returner, housing three over the past two years, on just 21 total returns.

LB Grant Stuard said he hasn’t spoken with the Pittsburgh Steelers since the Senior Bowl, but talked with GM Kevin Colbert in Mobile. Stuard is a Day 3 pick but could be one of the draft’s top special teamers. He nearly blocked two punts at the Senior Bowl. Over the last two years with Houston, Stuard notched 158 tackles, 14.5 for a loss, and two sacks.