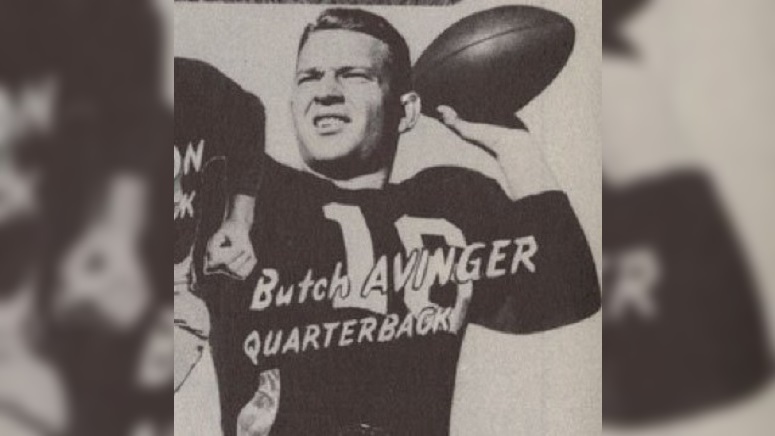 The fact that Avinger was even selected by the Steelers in the first round of the 1951 NFL Draft was a bit of a surprise to most in and of itself. As the story goes, according to Chester L. Smith of The Pittsburgh Press, the Steelers head coach at the time, John Michelosen, came across Avinger at the North-South college all-star game that year.

Michelosen reportedly informed owner Art Rooney and public relations director Ed Kiely on draft day that he would be the team’s first-round selection. That proclamation surprised Rooney and Kiely as they were both under the impression that Michigan product Chuck Ortmann was to be the Steelers first-round selection. Kiely believed selecting the more unknown player in Avinger over the more known player in Ortmann would result in huge backlash from the Pittsburgh media. Michelosen, however, received Rooney’s blessing just the same because he viewed him as the better prospect. As things turned out, the Steelers were still able to draft Ortmann in the second round at 20th overall.

While Michelosen ultimately got the player he wanted in the first round of the 1951 draft, the Steelers unfortunately never got a chance to see the Alabama product play in a Steelers uniform as Avinger wound up being inducted into the Army from the National Guard not long after being drafted. Avinger played in Canada in the fall of 1952 and the Steelers traded him to the New York Giants in 1953. He played in 12 games for the Giants in 1953 and that was that for his NFL career.

As for what happed to Michelosen, he was essentially fired by Rooney after the 1951 season as his contract was up after that season and not renewed.

Since Avinger, the earliest the Steelers have selected an Alabama product in a draft was in 1998 when cornerback Deshea Townsend was selected in the fourth round. Since Kevin Colbert became the Steelers general manager in 2000, Pittsburgh has only drafted two players out of Alabama, and both were defensive linemen in Joshua Frazier (2018) and Isaiah Buggs (2019). 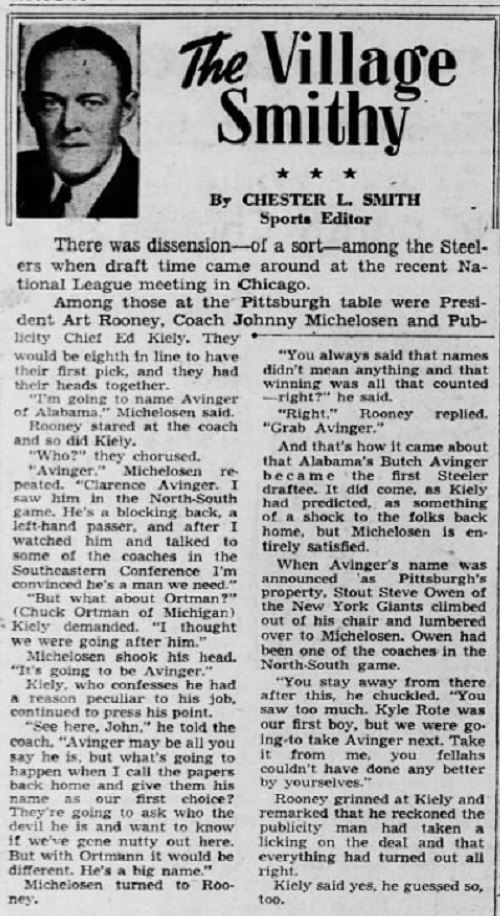