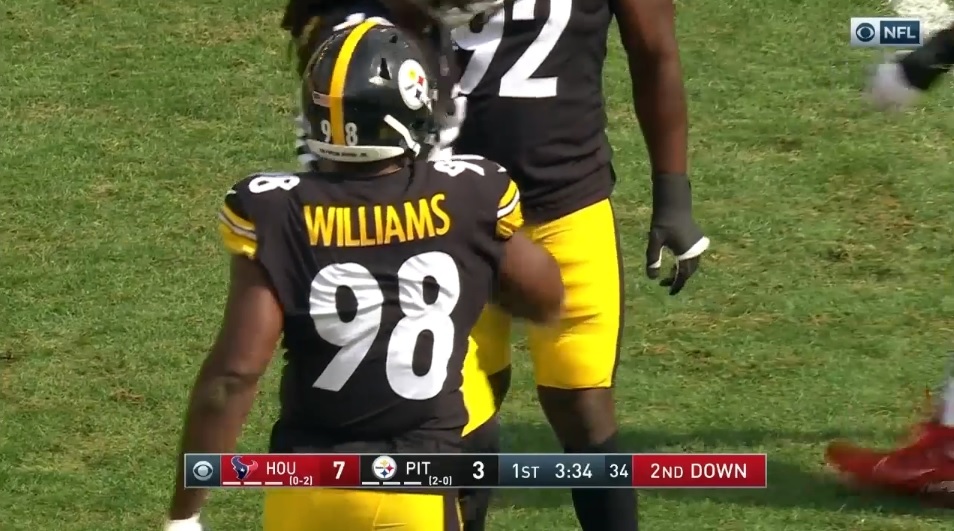 The Pittsburgh Steelers are re-signing ILB Vince Williams, according to ESPN’s Jeremy Fowler.

The Steelers are re-signing linebacker Vince Williams, per sources. He had other offers but wanted to stay in Pittsburgh.

Williams was released by the team earlier this offseason as a cap casualty. Now he’s being brought back, presumably on a cheaper deal.

Fowler reports Williams told him he’s considering retiring after the season with the intent of getting into coaching. Williams will turn 32 in December.

Vince Williams has indicated that he will think about retirement after this season and has considered getting into coaching, per @JFowlerESPN #Steelers

Williams was drafted by the team in the 6th round in the 2013 draft. He started 69 games for the team, including 14 last year for the Steelers. He’s been one of the team’s better run stoppers and a vocal leader of the team. For his career, he’s recorded 479 tackles (50 TFL) with 20.5 sacks.

As Fowler’s tweet indicates, Williams had offers to go elsewhere but he wanted to come back to Pittsburgh, the only NFL team he’s ever played for. He is the favorite to slide in as the starter next to Devin Bush, leaving Robert Spillane as quality depth behind them.