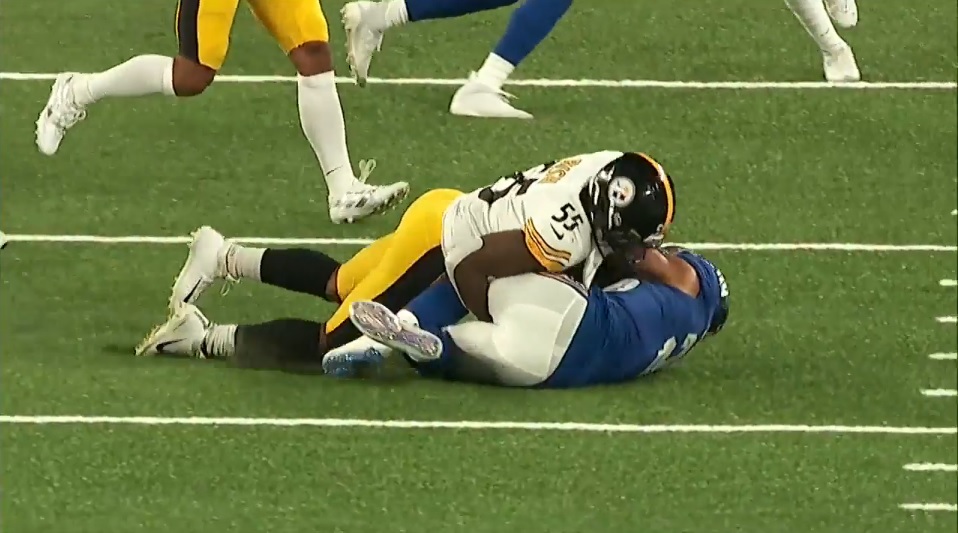 The Pittsburgh Steelers could use some help at inside linebacker. But with the re-signing of Vince Williams, and the return from injury of Devin Bush, they really don’t need it. That’s a perspective that they are keeping in focus as they head into the 2021 NFL Draft, something that general manager Kevin Colbert acknowledged on Monday during the team’s pre-draft press conference.

“What we remind ourselves really and will continue to remind ourselves is we’ll have Devin Bush back this year,” he told reporters, “and that person that’s going to be paired with him will have the advantage of having him there because he’s still a significant player that was taking real positive steps prior to his injury, so we’re excited about that, as well.”

There are two interesting things to take away from there. One is, though not surprising, they don’t really sound like they’re in the market for a blue-chip player at inside linebacker, because they already have one, or so they feel, in Bush.

The other is the fact that Colbert alluded to the other starting linebacker position as though it’s up for grabs — which suggests that it very well may be. After all, Vince Williams is the incumbent starter, but they did release him earlier this offseason with the understanding that he very well may sign elsewhere.

It was assumed that when Williams was released that the Steelers were comfortable, if necessary, with moving ahead with Robert Spillane in the starting lineup. He started seven games last season after Bush was injured, and would seem to be a better fit filling Williams’ shoes than Bush’s.

With Williams back in the fold, though, they not only have options, they have depth. That would seem to devalue the desire to target some of the top names available in the draft, should they present themselves to the Steelers this year.

Outside of Bush, it is worth noting that the Steelers have not used a single draft pick earlier than the sixth round on an inside linebacker since selecting Ryan Shazier in the first round in 2014. The only other inside linebacker taken in that span was Tyler Matakevich in the seventh. Pittsburgh drafted Marcus Allen in the fifth round in 2018, though as a safety, before moving him to linebacker last year.

Of course, they had Lawrence Timmons up to 2016, and Williams proved to be a find as a former sixth-round pick himself. They also utilized the free agency process to fill holes, with Jon Bostic and Mark Barron each serving two seasons.

In terms of draft capital, the inside linebacker position is one the Steelers have largely ignored beyond Bush for years. But that is an awfully big caveat the team is not forgetting, even as they work to figure out which among their capable options will start alongside him.