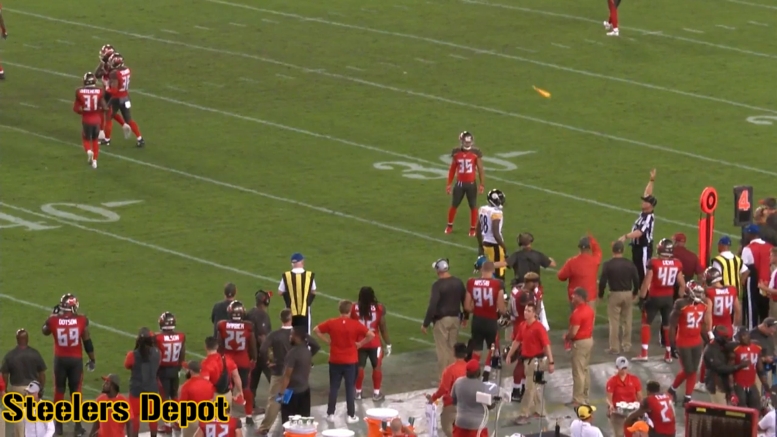 Topic Statement: The NFL will eventually employ a ‘sky judge’ eighth official as part of the standard officiating crew, who advises the on-field officials on objective calls.

Explanation: Earlier this week, the owners approved a proposal that essentially turns the job of review official into what the ‘sky judge’ idea is, given the task of monitoring the game and advising officials on matters of objective fact where beneficial, in addition to observing any official review process. That is just one step away from installing a formal official to do a very similar job.

Given that we are very nearly there already, it seems like it will only be a matter of time before that part of the equation is adopted. This should be regarded as something of a trial to ensure that there are benefits to the concept before they go about adding additional officials.

But once they see how it works, I think it will inevitably follow that the sky judge becomes an official part of the referee crew as a full-fledged member with advising authority, rather than just being delegated to the replay operator.

The fact of the matter is that we already have proof of concept for the sky judge role, because we have seen it work in other leagues, such as the XFL and others, including the CFL. It usually takes a few years for ideas like this to gain traction, but we’re a few years into the discussion by now.

Remember the pass interference replay rule? This shouldn’t be as catastrophic a failure. At the very least, that should serve as a reminder that, when it comes to officiating, and especially officiating by tape, nothing should be taken as a given that it will work out well.

In fact, this has an equally likely chance of souring people on the idea of ever attempting it again, or at least in the near future, as it does of being expanded into a more formal capacity. This is yet another one of those ideas that is good in concept that will be botched in the implementation stage.