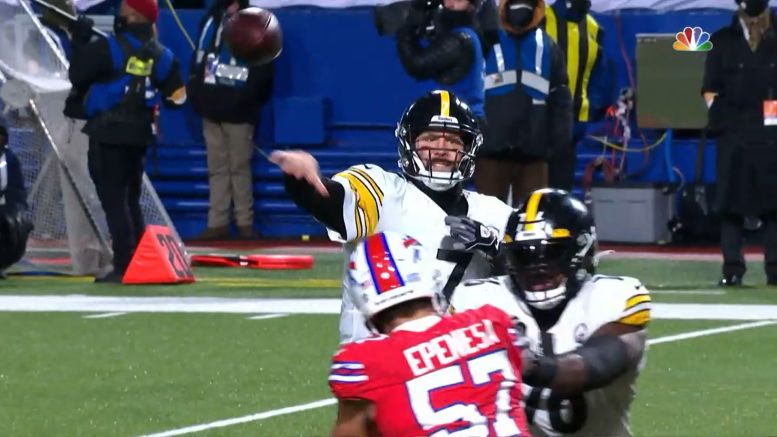 Topic Statement: The 2021 season, one way or another, will be Chukwuma Okorafor’s last in Pittsburgh, with his rookie contract expiring.

Explanation: While he has never earned a starting job through three years in the NFL, Okorafor does have 18 starts at right tackle under his belt. This year figures to be his best opportunity to land one, depending on what happens in the draft. But after this season, he may be either too expense to re-sign, or not skilled enough to justify.

Unless the Steelers draft a left tackle who starts immediately, and Okorafor loses out of Zach Banner in a training camp competition again, he’s going to have another year as a full-time starter under his belt. By then, the team will have plenty of tape on him and know what they have. So far, they’ve seen that they can run their system with him. It might even help if he moves to the left side.

But what he’s unlikely to do is play so well and so overtly that he draws major contracts next offseason. The most likely scenario is that he proves himself to be an average starter worth an average new deal a year from now, and that is what he will get. It’s also worth noting that the structure of Banner’s contract is such that it’s not deleterious to get out from under it after one season, which is basically always the case with the two-year deals they hand out.

Truth be told, I really don’t quite know what the Steelers think of Okorafor overall. They did get a long look at him last season after he started 16 games following Banner’s knee injury. After training camp, Mike Tomlin did say that things were close in the training camp competition.

So if he’s really good enough, and he likely moves to left tackle this year, then you face the prospect of him pricing himself out of Pittsburgh. The Steelers will have plenty of salary cap concerns that are not even reckoned with yet facing them next year.

On the other hand, I could see him getting exposed more this season under a new offensive system that has fewer quick-release throws. His performance as a run blocker already leaves something to be desired. But will he hold up in pass protection?

Add in the likelihood of the team drafting a tackle early, the fact that Banner is under contract next year, and a variety of future financial commitments, and it’s easy to see him looking for another home in March of 2022.