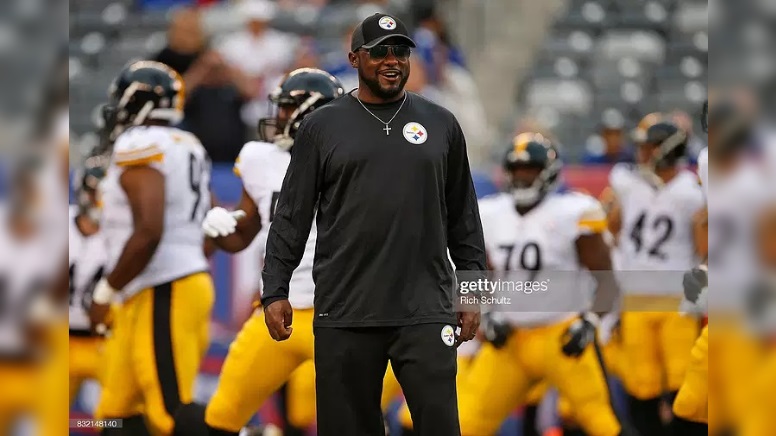 The Pittsburgh Steelers signed head coach Mike Tomin to a contract extension earlier in the week. Since then, several major media analysts have come out in support of that deal happening. Bucky Brooks of the NFL Network is one of the several that believe the Steelers did right in extending Tomlin through the 2024 season.

“It might be hard for some irascible Pittsburgh Steelers fans to come to grips with, but Mike Tomlin isn’t just one of the best head coaches in the NFL today — he is an all-time great on a path that leads straight to Canton,” Brooks recently wrote.

“This is why the Steelers felt compelled this week to give their longtime leader a three-year contract extension that keeps him with the franchise through the 2024 season. The commitment is certainly warranted. During Tomlin’s 14 years on the job, Pittsburgh has made nine playoff appearances, won seven AFC North titles and appeared in two Super Bowls, hoisting the Lombardi Trophy at the end of the 2008 campaign. Tomlin has compiled a 145-78-1 record, boasting a résumé devoid of even a single losing season. To reiterate, he’s well on his way to joining his predecessors, Chuck Noll and Bill Cowher, in the Hall of Fame.”

While Brooks did address the playoff slump the Steelers and Tomlin have gone through dating back to the 2016 season, the last time the team won a postseason game, he also made sure to point out how consistently successful he’s been as a head coach in Pittsburgh dating back to his being hired in 2007.

“Tomlin, who doesn’t even turn 50 until next offseason, is a gem,” Brooks wrote. “His sparkling .650 winning percentage is the highest mark in the history of this storied franchise, above those of Cowher (.623) and Noll (.566). Despite Tomlin’s overwhelming success with the Steelers, though, he has been viewed in some circles as a bit of an underachiever at times, due to his 3-6 postseason record since the 2011 season — a span during which he’s advanced past the Divisional Round just once, losing to the New England Patriots in the 2016 AFC Championship Game.”

With 2021 likely the final season for quarterback Ben Roethlisberger, Brooks feels Tomlin is the right head coach to take the Steelers through the transition away from their long-time signal caller. That noted, Brooks did admit that Tomlin needs a plan for the Steelers when it comes to the team’s post-Roethlisberger era.

“The organization must determine how it will proceed at the quarterback position while undergoing a minor rebuild,” Brooks said of the expected departure of Roethlisberger after the 2021 season. “Perhaps an answer’s already in the building, with Mason Rudolph, Dwayne Haskins and Joshua Dobbs vying for the QB2 job — and heir-apparent positioning. The team could also make a surprise QB selection in the draft. Either way, the Steelers need to find a bridge to the future at the position. Even if Pittsburgh hasn’t been able to finish the job in the postseason of late, Tomlin has consistently put a solid product on the field throughout the Big Ben era. I’m confident he’ll continue to flourish after No. 7 hangs ’em up, but I’m curious about how he’ll go about doing so.”

Personally, I believe Tomlin is now just one Super Bowl win away from being a lock to get into the Pro Football Hall of Fame. It sure would be nice to see him get that one more in 2021 with Roethlisberger at quarterback.