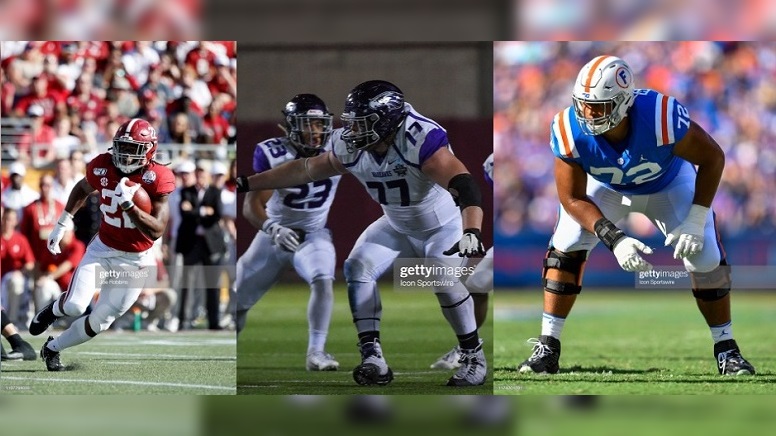 Dane Brugler of The Athletic has now released another mock draft with just a few weeks to go before the actual 2021 NFL Draft takes place. In his latest offering, he has the Pittsburgh Steelers addressing the running back position and two spots on their offensive line with their first three selections.

At 24th overall in the first round of his mock, Brugler has the Steelers selecting Alabama running back Najee Harris. Below is his reasoning for doing so.

Harris is highly skilled at toggling between patience and power to press holes and maximize each run. And with his ability as a pass-catcher, he gives the Steelers an immediate impact player who can help the organization contend this season.

Harris has been a popular selection for the Steelers at 24th overall in the first round for quite some time. So it comes as no surprise to see Brugler go that way. As for the Steelers’ second and third round selections in his latest mock draft, Brugler has them selecting Wisconsin-Whitewater guard/center Quinn Meinerz at 55th overall and Florida tackle Stone Forsythe at 87th overall. It’s as if Brugler talked to Steelers team president Art Rooney II prior to putting this mock draft together.

As for the rest of Brugler’s full-length mock draft, he has the Steelers taking Oklahoma cornerback Tre Brown with the first of their two fourth-round selections and Duke edge rusher Chris Rumph II with their second selection in that round. In the sixth round, Brugler has the Steelers selecting Kentucky punter Max Duffy, yet another player I had in my first mock draft that I released earlier in the week.

As a whole, it’s hard to take issue with Brugler’s latest mock draft when it comes to the selections he made for the Steelers. You can tell he’s paid attention to the team’s needs and players they might be interested in.