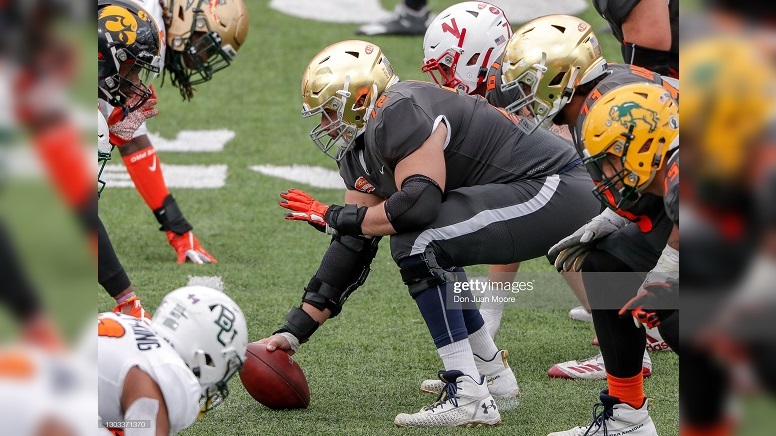 The beauty about the pre-draft process is that you learn more and more about prospects as the months go on and as more and more information is made available. Personally, I don’t see how any true football fan couldn’t enjoy the pre-draft process beginning with the East-West Shrine game and on. The beauty of what we do pre-draft related on this site revolves around different kinds of inputs from various contributors and everything from workout data, pro day reports, scouting profiles, contextualizations and more. In short, we attempt to cover every aspect of the pre-draft process concerning the Pittsburgh Steelers and quite honestly, nobody does it better. Often times our work on this site produces several “Aha! moments” when it comes to a prospect or two and most notably the closer we get to draft day. On Tuesday, I believe Alex Kozora provided us one of those very “Aha! moments” as part of his annual “What the Steelers look for” series of posts.

In his Tuesday morning look at what the Steelers look for during the draft in interior offensive linemen, Kozora identified Notre Dame product Robert Hainsey as a perfect fit. This, however, is the same Hainsey that exclusively played at right tackle for Notre Dame during his college career. Most draftniks, however, agree that Hainsey will not be a tackle at the NFL level and that a kick inside will happen. How far inside? How about center?

At this year’s Senior Bowl, Hainsey reportedly put together a strong week. That strong week, according to Senior Bowl executive director Jim Nagy, included the Norte Dame product looking like a natural at the center position.

A bunch of OL helped themselves with strong Senior Bowl week but none more than @NDFootball 2x captain Robert Hainsey. Projected as RT/G going into Mobile but looked like a natural at center and now has highly desirable 4-position versatility. @rhainsey72 will be a 10-year pro.📈 pic.twitter.com/wKDjGa0HX7

“Hainsey looked like a natural center at the Senior Bowl, and that’s where his physical limitations would fit in best,” Pro Football Focus also wrote about Hainsey in their annual draft guide.

Hainsey ultimately measured in at his pro day at 6044, 306-pounds with 32 1/8-inch arms and not only were Steelers general manager Kevin Colbert and head Mike Tomlin on hand to see the former Notre Dame product go through the paces with his teammates, but new offensive line coach Adrian Klemm was there as well. 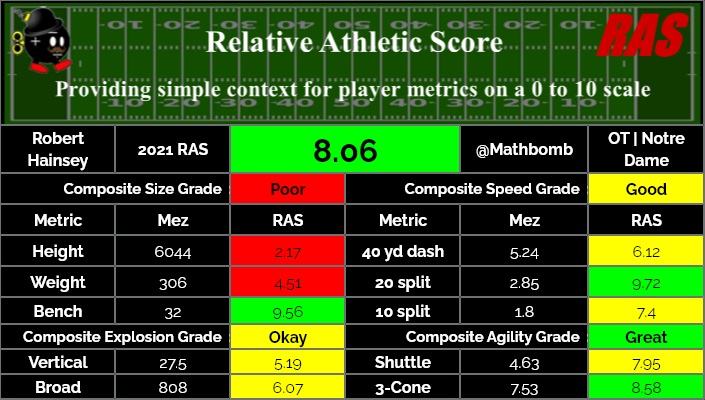 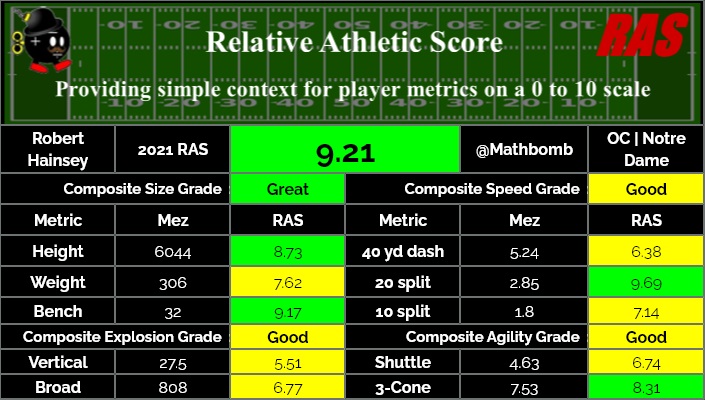 Does Hainsey check other boxes for the Steelers? You bet he does. He was a team captain at Notre Dame for starters and that means a lot when it comes to Steelers draft picks. Hainsey being at the Senior Bowl also checks another box for him and especially with him telling us he talked to Colbert while in Mobile, AL. Hailing from a major football program such as Notre Dame also helps Hainsey’s cause when it comes to him potentially being a Steelers draft pick this year.

Need yet another reason to tie Hainsey to the Steelers a few weeks from now? How about the fact that he is essentially a Pittsburgh native. After spending two years at Gateway High School just outside of Pittsburgh, Hainsey received a call from IMG Academy in Florida, inviting him to improve his game with some of the top talent from around the country. Hainsey, according to multiple reports, jumped at the chance to improve his football talents. He obviously parlayed that fine decision into getting a scholarship from Notre Dame.

The Steelers will obviously enter this year’s draft in search of their future long-term center on the heels of veteran Maurkice Pouncey retiring earlier in the offseason. With it unlikely that the Steelers will draft a center in the first round this year, they’ll likely wind up doing so with one of their next four selections of which two are in the fourth round. This year’s center class isn’t very deep at the top and includes small school product Quinn Meinerz out of Wisconsin-Whitewater, who like Hainsey, might have to move to center at the NFL level.

In closing, Hainsey almost seems destined to be drafted by the Steelers in the third or fourth round of this year’s draft. At worst, the Steelers would likely get themselves a future guard that can play at least eight years in the NFL. One that could play right tackle in a pinch as well. At best, the Steelers drafting of Hainsey would result in the team finding their next center for the next eight years or more.

Don’t sleep on Hainsey these next few weeks. I know Kozora and I won’t be and I bet Colbert and company haven’t slept on the Notre Dame product for quite some time now.