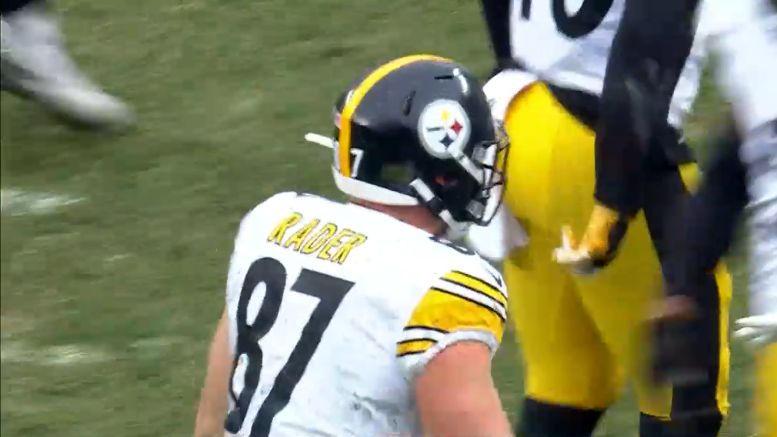 Reasoning: At least for the time being, Kevin Rader stands to have a fighting chance of making the 53-man roster this year following the retirement of Vance McDonald, after toiling away for the past couple of years on practice squads.

The Steelers’ tight end depth chart looks none too impressive these days, with the only notable player on the list being Eric Ebron, their big free agent splash a year ago. Ebron was signed to a two-year, $12 million deal which he’s set to see through. But behind him is a virtual no man’s land following the retirement of McDonald.

The totality of the tight end depth chart behind Ebron currently is Zach Gentry, Kevin Rader, Dax Raymond, and Charles Jones. Jones, signed to the Steelers’ practice squad in November, played four games for the Jaguars in 2019, catching one pass for five yards. Raymond has no experience.

Gentry was a fifth-round pick in 2019, who has spent the vast majority of his career as a healthy scratch or not healthy. He has more or less redshirted for the past two years, but should be off scholarship at this point.

Of the four, it is my belief that Rader probably stands the best chance of actually making the 53-man roster, which depends on what else the team does this offseason. They are bound to add at least one player, either a veteran in free agency or a draft pick, but a third player could still make the team.

Rader did spend some time on the 53-man roster late last season following an injury to Gentry. He only logged one game in the regular season, but he made three tackles on special teams. He was also active during the postseason and logged 20 snaps on special teams.

Oh yeah, special teams ability is another big feather in his cap in terms of rosterability.