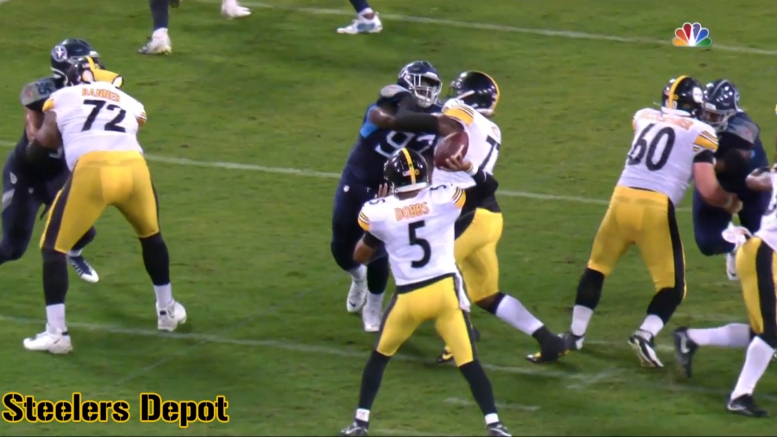 Reasoning: In a mildly surprising move, the Steelers announced yesterday that they have re-signed former 2017 fourth-round draft pick, quarterback Joshua Dobbs. Dobbs has spent all but 15 games of his career with the team.

Joshua Dobbs was the number three quarterback behind Landry Jones during his rookie season. A year later, after the Steelers drafted Mason Rudolph, many assumed that he would be the odd man out. Instead, he defied the odds and won the backup job, with Jones being the odd man out.

Then Pittsburgh traded him in 2019 when the Jacksonville Jaguars offered it a fifth round pick one game into the season. But only because the Steelers knew that Devlin Hodges was sitting out there available to be signed, and they liked him well enough.

When the Jaguars let Dobbs loose last year during final roster cuts, the Steelers dumped Hodges to sign Dobbs back as the number three quarterback behind Rudolph, with Hodges reverting instead to the practice squad.

This offseason, though, Pittsburgh signed former first-round pick Dwayne Haskins to a Reserve/Future contract. It was assumed that he would be the number three quarterback, at worst. Now Pittsburgh has brought Dobbs back, giving it four quarterbacks.

He can, at worst, push Haskins this offseason to make sure that he at least earns his roster spot, rather than it handed to him. But given his history, I suppose we can’t rule out the possibility that Dobbs just beats him out and wins a roster spot. Haskins hasn’t exactly had a great career, considering his availability to sign a futures deal after two years.