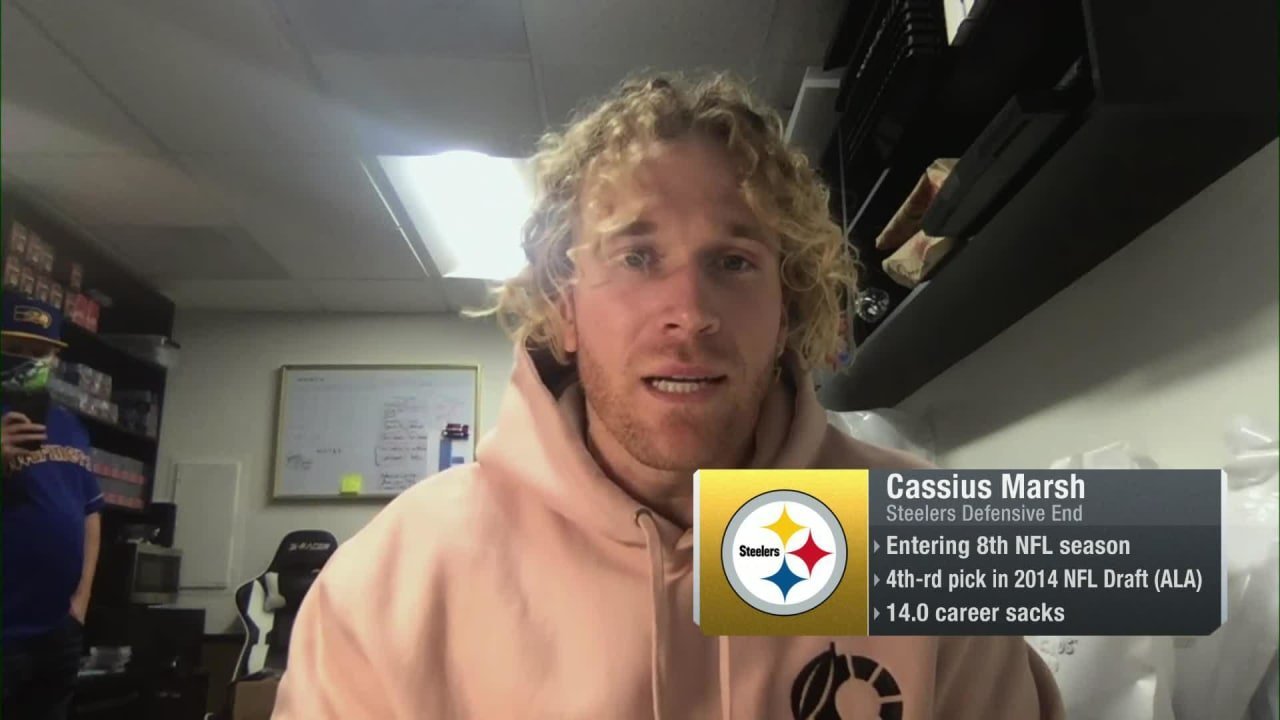 Reasoning: With Bud Dupree and Olasunkanmi Adeniyi parting in free agency, and with Jayrone Elliott not being retained, Cassius Marsh is squarely positioned to at least make the roster in 2021, if not serve as the number three at the position.

A seven-year veteran, Cassius Marsh has seen quite a lot over the course of his NFL career. He has been on as many teams as he has logged years in the league—including three teams in 2020, the final of them being the Pittsburgh Steelers.

They signed him off of the Indianapolis Colts’ practice squad in early December after he had played in seven total games prior to that with both the Colts and the Jacksonville Jaguars, with whom he originally signed at the outset in 2020.

A couple of weeks back, the Steelers decided to bring him back on a one-year deal, at which point he now stands as a top reserve on the depth chart, with the only players ahead of him being T.J. Watt and second-year Alex Highsmith, following the free agency departures of Bud Dupree and Olasunkanmi Adeniyi.

When Highsmith went down with an injury in the playoff loss, it’s worth noting that it was Marsh whom the coaches put on the field ahead of Adeniyi last season. The latter was a restricted free agent this offseason, and they elected not to retain him, which is not a surprise, given that they showed that they valued Marsh more.

The key for the veteran, though, is the fact that he can be a quality special teams player. The Steelers are very likely to add at least one pass rusher, likely in the draft, but that should keep him around. They only have Christian Kuntz and Jamir Jones behind him at this point.