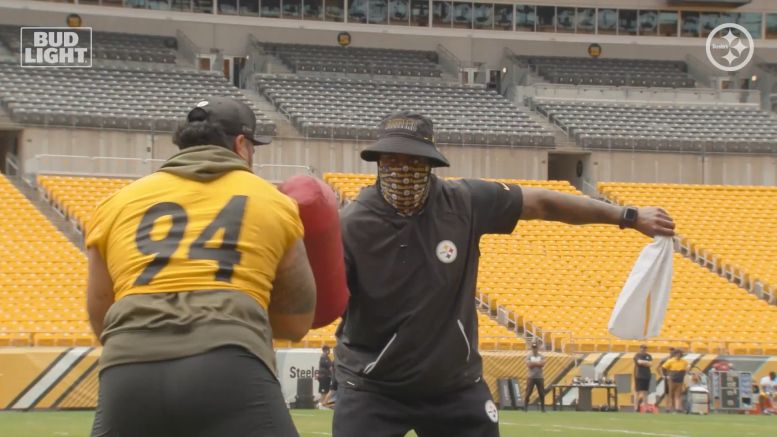 Reasoning: After a little okey doke (and a bout of Covid-19), veteran defensive lineman Tyson Alualu decided to return this offseason not to his original draft with, with whom he spent the first seven years of his career, but rather the team with whom he has spent the past four seasons, the Steelers.

While it’s not incredibly frequent that you hear reports about a player agreeing to sign in one place and then opting to sign elsewhere instead before anything had been finalized, it does happen, probably at least once a year or so.

This year, Tyson Alualu was that player, and not for the first time, the Steelers were the team the player changing his mind decided to return to. Alualu originally agreed to a two-year contract to go back to the Jacksonville Jaguars worth $6 million. It was announced, but he never officially signed the papers.

After coming down with Covid-19, which prevented him from traveling in order to sign, about a week and a half later, new reports surfaced stating that he had changed his mind. The Steelers officially announced the signing—with evidence of his signing a contract—earlier this week, taking a bit less to stay put.

Alualu became Pittsburgh’s starting nose tackle last season, and had one of the best seasons of his career, with the only thing slowing him down being a late-season knee injury, which should have no effect on him moving forward.

Though it was his first full season playing that role, it wasn’t a transition that was a difficult projection, as he had always been a plus run blocker, and really, a lot of his skill set lends itself to moving inside. The only question would have been if he had the size and strength to hold up. Turns out, he does. And he’s back to do it again, a big boost to the depth and to the run defense.