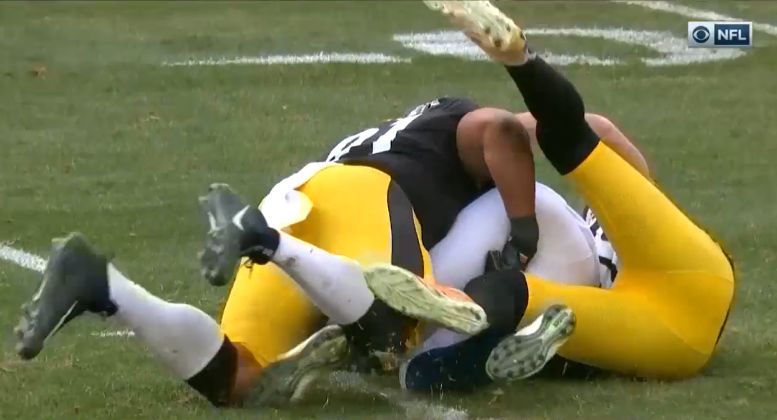 Reasoning: While this is not based on any new development, the fact that Stephon Tuitt was finally able to compile a complete season combining consistent performance and health obviously places him on an upward trajectory.

Would you believe that Stephon Tuitt isn’t even quite 28 years old yet? The 2014 second-round draft pick already has seven seasons under his belt. Most NFL players are already hitting their 30s by this point, which could perhaps help to extend his career, having come in so young.

That also means an extended prime, which he finally appears to have been allowed to reach with his health and injury issues finally complying. A one-game stint sidelined with COVID-19 was Tuitt’s only issue during the 2020 season.

Outside of that, he played in 15 games, the most he has played since his rookie season, recording 45 tackles, 10 for loss, with by far a career-high 11 sacks, plus two forced fumbles and three passed batted down.

That’s a very strong season that certainly should have at least been in the discussion for Pro Bowl consideration, but they say that players who are not big-name talents typically need to play at a Pro Bowl level for a year or two before they actually get the recognition, as happened with Cameron Heyward.

Officially listed as a defensive end, he also has the issue of being classified with 4-3 defensive ends, making it far more difficult to garner votes, though even with that distinction, I feel like he had a strong case for qualifying last season. Heyward has officially been designated a defensive tackle for the past three years, even though he functionally plays the same position as Tuitt.

But of course this isn’t about accolades, it’s about performance. The fact that he was finally able to put together a complete and high-performance season is really significant for a defense that probably needs him to step up and dominate more than ever before with so many prominent pieces lost, and with Heyward admittedly getting up there in age. In a couple years perhaps he will be ‘the guy,’ as Brett Keisel was after Aaron Smith retired.