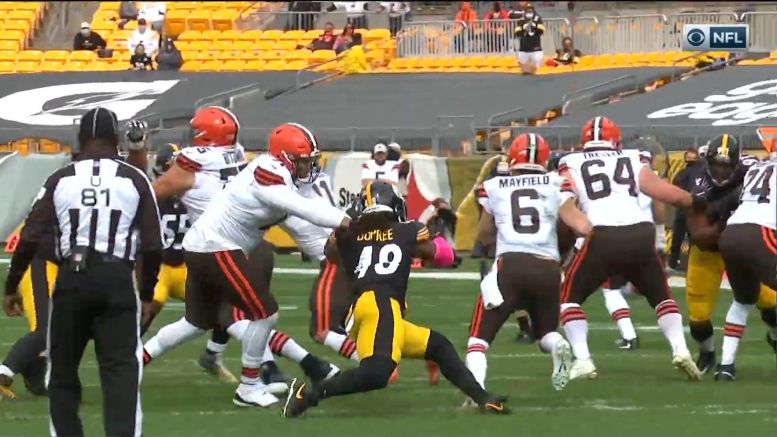 Question: Which will be the bigger loss for the defense in 2021: Bud Dupree or Steven Nelson?

The Steelers lost two players from the defense last season who would typically play 1000 or so snaps every year, in the form of outside linebacker Bud Dupree and cornerback Steven Nelson. They also lost two other starters who typically play 6-700 snaps per season in nickel corner Mike Hilton and inside linebacker Vince Williams, but this isn’t about them.

Dupree left in free agency, while Nelson was a salary cap casualty. Both, it seems, will be replaced by in-house alternatives, with 2020 rookie Alex Highsmith taking over at outside linebacker and Nelson’s spot being taken over, perhaps primarily, by Cameron Sutton.

The slot position complicates the question, because there is a good chance that Sutton will be bouncing back and forth between the outside and the inside, so Nelson’s departure could affect two positions. But we don’t know quite yet how it will play out in terms of who is available. Trevor Williams is one candidate to play in the slot.

The Steelers still have T.J. Watt as their top pass rusher, and they have a strong defensive front that also contributes to the pass rush in and the run defense. Likewise, they have Joe Haden at safety and Minkah Fitzpatrick and Terrell Edmunds at safety, so the overall groups are still talented.