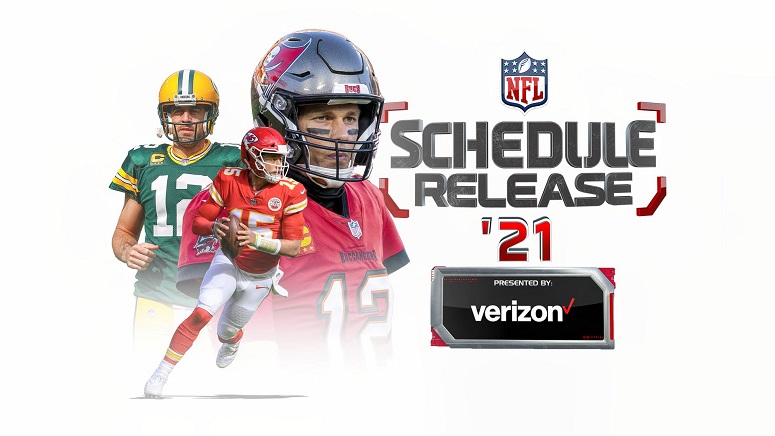 According to the NFL on Wednesday, the league is now slated to release its full 2021 regular-season schedule on Wednesday, May 12.

Get ready for the biggest season ever. The 2021 NFL Schedule powered by AWS will be released on May 12th.

It was announced last week that the NFL’s annual schedule release date would be after the 2021 NFL Draft takes place. We now know when exactly that will be. That Wednesday, May 12 should be an eventful day, as there are usually schedule leaks that happen throughout the afternoon and up until the official time and date of every regular season game is announced later in the evening.

While we have known who the Steelers will play against in 2021 since the end of the 2020 season, adding the order and time and dates to those contests makes for an exciting day.

Last season, the Steelers were originally scheduled to have four 2020 primetime regular season games, with one of those being on Thanksgiving night against the Baltimore Ravens. That game against the Ravens was ultimately moved to the Tuesday after Thanksgiving due to Baltimore undergoing a COVID-19 outbreak, however.

The Steelers’ first home game of the 2020 season came Week 2 against the Denver Broncos. Four of the team’s first six games were also played at home. It included their first of two meetings against the Browns.

The Steelers will play nine games at home in 2021, and that includes their recently-added 17th extra game against the Seattle Seahawks. Thanks to the NFL’s rotating schedule, we’ve known for a while now that the Steelers will play the NFC North and AFC West divisions in 2021, in addition to their usual six games against the three teams within their own AFC North division: The Baltimore Ravens, Cincinnati Bengals, and Cleveland Browns.

In addition to those 15 games, we’ve known since the 2020 season ended that the Steelers will also play the Buffalo Bills and the Tennessee Titans in 2021, due to where those teams finished in the respective divisions. Like the Bills, the Steelers played the Titans during the 2020 season.

The Steelers’ six home game opponents outside the AFC North in 2021 will be against the Seahawks, Denver Broncos, Chicago Bears, Detroit Lions, Las Vegas Raiders, and the Titans. Pittsburgh’s five road games outside the AFC North division in 2021 will be against the Green Bay Packers, Minnesota Vikings, Kansas City Chiefs, Los Angeles Chargers, and the Bills.

NFL Network’s coverage will be highlighted by Schedule Release ’21 Presented by Verizon, which breaks down the 2021 NFL regular season schedule, division by division, analyzing the top matchups and primetime games.