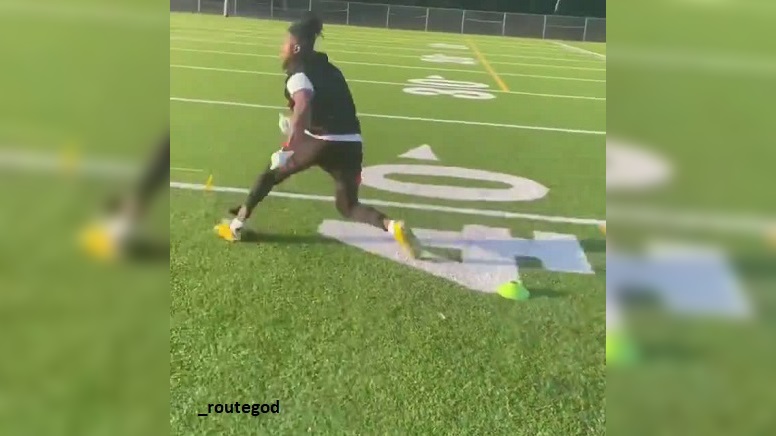 On Wednesday we passed along word that Pittsburgh Steelers cornerback Cameron Sutton has been training this offseason in Tampa. FL with James Everett, who is better known as ”The Route God.” Since then, RouteGod Tactic on Instagram posted some of the workout sessions that he’s been doing with Sutton. Sutton, however, isn’t the only Steelers player that Everett is working with as wide receiver Diontae Johnson is getting some training in with him as well.

Diontae Johnson is also training with the Route God like Cameron Sutton per IG. #Steelers pic.twitter.com/KawaNSJPoV

Johnson had a good second NFL season in 2020 as he registered 88 receptions for a team-high 923 yards with seven touchdowns. Johnson, in a recent interview with Missi Matthews of Steelers.com, said he expects the offense to be creative with Matt Canada now taking over as offensive coordinator.

“I’m pretty sure he’s going to open the offense up (and) whatnot,” Johnson said. “I’m sure we’re still going to run the same offense, but just add some different things in there, I’m guessing. I’m sure we’re going to have a great offense with Ben [Roethlisberger] coming back, too. I’m looking forward to it. And I’m ready to go to work with Coach [Matt] Canada. I take advantage of every opportunity I get out there with Ben and I’m looking forward to it this year as well.”

Johnson also talked about what all he is hoping to accomplish this offseason.

“I kind of look at trying to like watch a couple of the games, the highlights on YouTube, or whatnot,” Johnson recently told Missi Matthews of steelers.com. “Because, I mean, I miss it every day. I mean, I try to look for the things I could have done better throughout the whole year because each year I’m learning something new, whether that’s at my position or somewhere else on the field, I’m learning something new, trying to elevate my game any way as possible.”

Johnson will likely be spending a lot of his offseason in Florida so we are likely to be treated to quite a few videos of him working with Everett throughout the next several months. Johnson is already one of the better wide receivers in the NFL when it comes to getting separation and he’s also been fantastic at making defenders miss tackle attempts on him dating back to early in his rookie season.