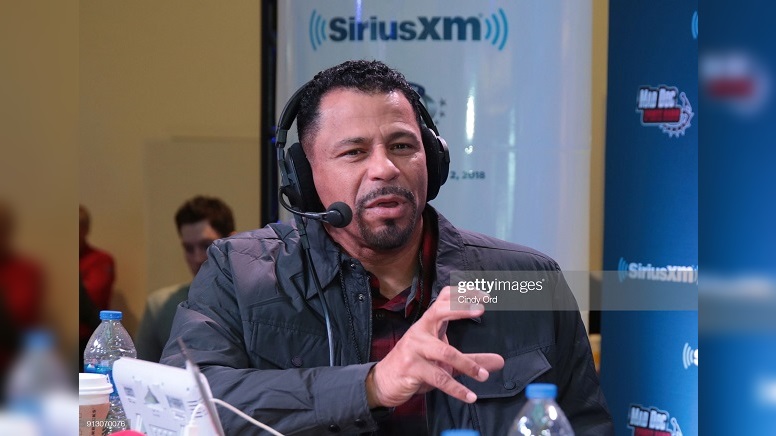 There’s been a lot of NFL analysts so far that have weighed in on the return if Pittsburgh Steelers quarterback Ben Roethlisberger for the 2021 and it seems like most of them don’t see it as a good idea overall. Former Steelers defensive back and Hall of Fame member Rod Woodson, however, likes that Roethlisberger will be returning for an 18th season in 2021 and he said as much during a Monday interview on 93.7 The Fan.

“I love it,” Woodson of Roethlisberger returning in 2021. “Listen, Ben’s a lifer, right? So, and he said it at the very end, probably I think a week later he says, ‘Listen, I want to be back.’ So, he did everything in his power. It’s not going to be about the money. Ben has enough money, right? He has enough money.

“These players nowadays have enough money, and he wants to play under the same colors his whole career, which is great. And he’s going to do so. I would probably think he’d probably retire after next year, but least it’s a gap for the Steelers that he can come back, and they bridge that gap that they don’t have to replace one of the main cogs of their offense in Ben.”

Woodson was then asked about Roethlisberger’s play last season and specifically about how didn’t push the football down the field and instead relied on mostly a short and quick passing game. Woodson was asked as a former NFL defensive back what he would think if he played against a Hall of Fame quarterback such as Roethlisberger that mostly relied on a shorter passing game.

“I don’t care if it was a Hall of Famer or who it was, if he wasn’t throwing the ball down the field, I’m sitting on all my routes,” Woodson said. “So, I mean, that’s just the way it is. And that’s what happened to them. And it happened more so because they couldn’t run the ball efficiently and consistently throughout the whole year. They had spurts where they did and it looked good but then they just couldn’t maintain that throughout a game, the whole game. And then they had to rely back on Ben throwing the football. And it’s unfortunate. I mean, I think they threw for over 70% of the time, which is unheard of in the National Football League.”

Woodson was then asked about Roethlisberger’s now seemingly disliking using play action more than ever and essentially if he thinks the veteran quarterback should be made to go back to using it more with Matt Canada now in the role of offensive coordinator.

“Well, I mean, when you run play action, you got to really do it more from under center,” Woodson said. “Right? I mean, you can in shotgun, it’s really RPO and zone reads, it’s really hard to do like true play action out of that. So, he’s going to be under center. Is he comfortable being under center? I think there is an opportunity for that because it does slow the linebackers down and it does give a bigger gap in between the linebackers and the backend secondary to throw into a bigger window. So, it could make his job easier, but at the end of the day, I never played quarterback in the National Football League. I defended against those guys.”

We have talked quite a bit on this site and on the podcast about Roethlisberger not using play action for several years now. We have also written articles on this site about how moving forward with Roethlisberger and Canada that perhaps more pistol can be used in lieu of shotgun to help facilitate the use of more play action. On Monday, Woodson suggested the same thing.

“And if he’s comfortable staying in shotgun, then maybe you put the running back in the pistol,” Woodson said. “You know what I’m saying? You still get play action in a sense, but then now instead of having him to the left or the right, either a far back or a near back, put him in the pistol and you still can run play action. So, maybe that’s a way to compromise with Ben moving forward. Especially, I think you’ve got to have a running game like I’ve been saying since I got on. But if they can find that running game and they bring the comfort level to Ben and keep them in the shotgun, but put that running back in the pistol position, I think it’s a win-win.”

Finally, Woodson was asked to give his overall assessment of Roethlisberger regarding where he now seems him at this point of his career.

“Listen, the one thing when you learn and gain knowledge, you lose skill as you get older, that’s just a given from any human being that walks just a normal job, you’re going to lose your skillset,” Woodson said. “But he [Roethlisberger] still understands the game. He’s seen everything that a defense can throw at him and he can make his checks and get out of it. Now, he needs a running game go with it. I mean, if you put a running game with Ben and that defense, and if we can keep, I know we’ve got a lot of free agents for the Steelers this year, more than normal, but if they can try to keep the main cog of those guys and have a running game, this is a solid football team again next year.”

So, there you go. In short, Woodson is totally in favor of Roethlisberger returning in 2021 and especially if the offense can get the running game back going and if play action can be added on top of that. That certainly makes a lot of sense and quite honestly, probably the only way that the Steelers will have a chance to make the playoffs and make a run at the Super Bowl in 2021.

“So, you have got to have some balance,” Woodson said of the Steelers offense moving forward into 2021. “If you’re only doing one thing, that just bodes well for the defense. But having Big Ben back and hopefully they can find a running game.”