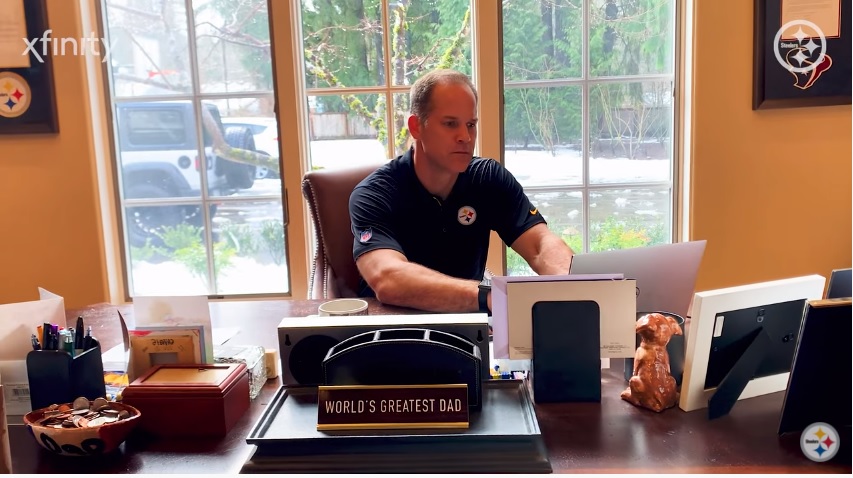 There might not be an ideal substitute to watch an NFL Draft prospect up close and personal. But the Pittsburgh Steelers are doing the best with what they can. With on-field and in-person access limited during the 2020 college football season, area scout Mark Bruener explained how he’s adjusting his evaluation process to prepare for the 2021 NFL Draft. He appeared in the series The Standard: Path to the Draft featured on the team’s YouTube channel to describe the adjustments he’s made.

“The bulk of my fall was spent in my office watching film on my computer instead of just watching three games on an athlete in particular to try and begin the evaluation,” Bruener said in the documentary. “Now, I tend to maybe watch five or six games if that’s available.”

Bruener serves as the Steelers’ West Coast Area Scout primarily covering the Pac-12. He said he was able to get out to a couple of games in-person this year but access was obviously limited due to the COVID pandemic. In general, games were limited too. No Pac-12 team played more than seven games this season. Washington, Cal, Washington State, and Arizona State only played four games. That’s a drastic reduction scouts didn’t even have to deal with last draft, since the 2019 season was played out in full pre-pandemic, forcing teams to rely even more on previous years.

But no matter the circumstances, his  job remains the same. Give the rest of the front office as accurate information as possible so the Steelers make the right picks come draft day.

“I’m not going to make an excuse for the situation that I’m in,” he said. “I’m going to figure out a way to do my job to the best of my ability. And I know that Kevin is not going to tolerate any excuses. And I need to get my job done.”

The next time we see Bruener should be out on the Pro Day circuit. The first Pac-12 Pro Day is Arizona on March 17th. Stanford’s is the following day, though that is subject to change based on COVID restrictions. The top two prospects on the Cardinal are OT Walker Little and QB Davis Mills. Little is a sleeper tackle prospect largely because he’s played one game the last two seasons. After suffering a season-ending knee injury in 2019, he decided to opt out of the 2020 campaign. In this deep tackle class, he’s currently a possible Day Two selection