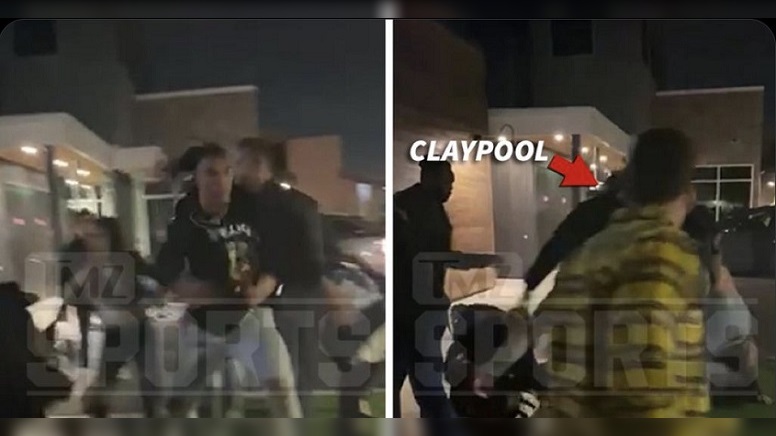 Pittsburgh Steelers wide receiver Chase Claypool was reportedly involved in a late-night bar fight 11 nights ago in Southern California, according to TMZ Sports. The incident took place at the Wild Goose Tavern in Costa Mesa, Calif on March 13.

According to the report, the incident started because of an issue involving someone throwing dollar bills at a woman inside the bar. That then started an argument that proceeded to move outside the establishment.

While Claypool reportedly was not the instigator, he is seen fighting in the in the video to help the friends that he was with. Claypool can be seen kicking another combatant in the face in the video before being removed him from the melee. Both parties reportedly left the scene without further incident.

TMZ reports that the Costa Mesa Police confirmed they received a call for a fight at that location but that when officers arrived, security told them the parties involved had already left. Since then, nobody has been arrested or charged with a crime.

On the surface, this appears to be just a classic fight at a bar. With the police not getting involved or any report being filed, it is doubtful anything will come of it.