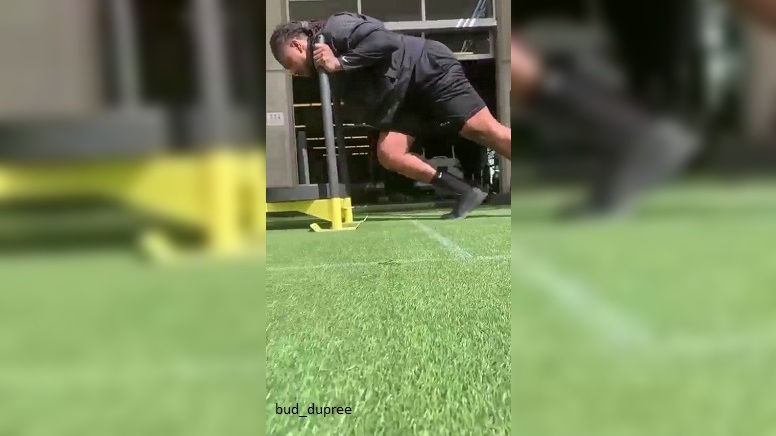 We are just a few days away from Pittsburgh Steelers outside linebacker Bud Dupree becoming an unrestricted free agent after the team not surprisingly decided against placing the franchise tag on him again. Dupree figures to hit free agency on Wednesday at 4 p.m. EST and have a few suitors looking to sign him even though he’s still rehabbing from the torn ACL he suffered in December.

On Friday, Dupree wanted to show how far he’s come in his knee rehab and he did so by posting a video of himself pushing a weighted sled on Instagram. In short, it certainly looks like Dupree will make good on his word that he expects to be ready for training camp this year.

The only mystery related to Dupree now revolves around what kind of contract he’ll get during free agency and from which team. It’s not going to be the Steelers and there’s a good chance he’ll need to settle for less than $18 million per season, a number he probably would have gotten this offseason had he not suffered his knee injury.

Dupree played extremely well in the 11 games that he participated in before suffering a season-ending knee injury in Week 12. In those 11 games, he registered 31 total tackles, eight tackles for loss, eight sacks, 15 quarterback hits, two defensed passes and two forced fumbles in the 608 defensive snaps that he played. He also logged 32 snaps on special teams before suffering his knee injury.

It’s hard to imagine him being back in Pittsburgh in 2021 due mainly to the team’s salary cap situation and the fact that rookie outside linebacker Alex Highsmith is seemingly already tabbed to be his replacement. It’s sad that his 2020 season ended the way it did, but it looks like he’s on a great path to a full recovery based on his Friday video.

Bud Dupree back showing his progress from ACL surgery on IG #Steelers pic.twitter.com/efrXBuOgVO