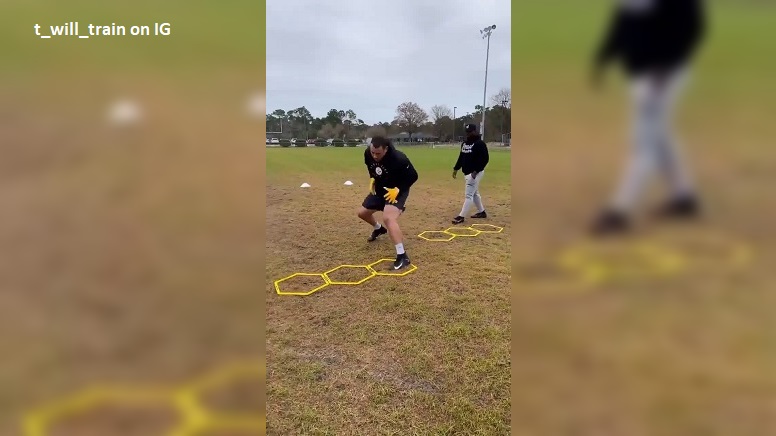 Pittsburgh Steelers outside linebacker Alex Highsmith should be assuming the starting right outside linebacker job in 2021 now that his predecessor Bud Dupree has signed with the Tennessee Titans in free agency. Ahead of that, Highsmith is already hard at work this offseason getting ready for 2021, as evidenced by recent videos on Instagram.

Highsmith appears to once again be training once again with Tarence Williams, instructor of athletes and owner of Beast Behavior Training. Below are a few videos that were posted on Saturday on both Instagram accounts.

This past season as a rookie, Highsmith, who was selected in the third-round of the 2020 NFL Draft by the Steelers, 48 total tackles, including five for loss. He also had two sacks and six quarterback hits, in addition to an interception.

“I do set a high standard for myself,” Highsmith said recently in an interview with steelers.com. “I know that I can definitely be more productive, and that’s what I’m looking to do this year, but I never would’ve guessed that my first interception would’ve come before my first sack. It was pretty cool, but I’m just working and excited to get more of those this upcoming year”.

Highsmith getting offseason training in with Terrance Williams on IG #Steelers https://t.co/KnQZIQt5N4 pic.twitter.com/dr3mr7qdTo

More from Alex Highsmith on IG Saturday and his training #Steelers pic.twitter.com/1gVCpubU7p